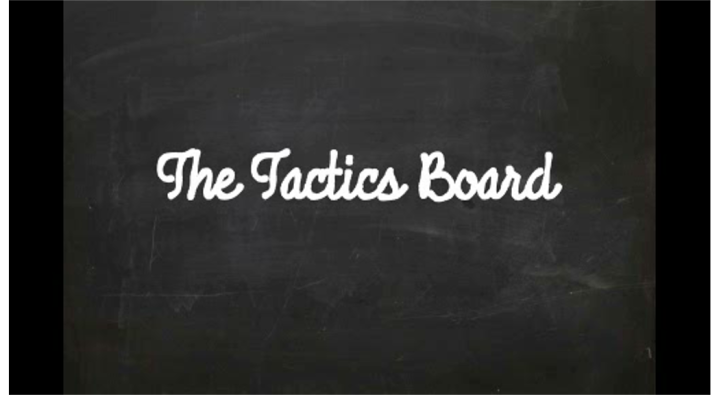 I planned to write this about three weeks ago but lost my nerve. To be fair, my moment of weakness was based on hard evidence: I saw something which made me genuinely think I was wrong. Having gathered further proof, though, I’ve come to the conclusion that I was right all along. 4-4-2 doesn’t work for the current Wrexham squad and the 4-3-3 Andy Morrell was criticised for sticking with is our only viable option.

My wobble was precipitated by the impressive win at Hereford. Billy Barr switched to 4-4-2, the team looked galvanised and we came away with a good win. At the back of my mind was the quality of the opposition we lorded it over, as Hereford really looked like relegation fodder that day, unable to resist us in the first half and incapable of threatening when they gained a grip of possession in the second. However, my heart ruled my head and our aggressive pressing in the opening period, married with our solid defensive shape after the break, made me reconsider.

Since then Hereford have drawn three games, and although last Saturday’s home point against Hyde was hardly a glorious achievement (but no worse than what we managed against the bottom-of-the-table side!) the others merit attention: draws at Braintree and Grimsby which contrast markedly with our last two away results. Looks like Hereford are a different proposition to the side which looked so poor just four games ago; having allowed our 4-4-2 to flatter at Edgar Street, they might just come to The Racecourse on Tuesday and kill off our dalliance with the system.

I was also blind-sided at Hereford by the selection of Mark Carrington on the right flank. I’d not really imagined him in this role, assuming that stand-in full back or midfield play-maker were the two options best suited to him. His impressive showing emphasised his value to the team and was crucial in making the 4-4-2 work. He and Johnny Hunt were able to take up advanced positions on the flanks in the first half, delivering good service from high up the pitch and getting into the box to attack crosses. Hunt ended up with a goal; Carrington got an assist and was twice denied from close range by excellent saves, one of those chances coming from a fine Hunt delivery. It was a textbook illustration of how a 4-4-2 should operate. The problem is that duo have rarely managed to get into such positions since half time in that game, and as a result we’ve looked increasingly moribund going forward. Since Rob Ogleby made it 2-0 at Edgar Street we’ve played 318 minutes and have just one goal to show for our efforts, and that was scored by a Grimsby defender!

Our first half energy at Hereford was impressive, but we haven’t replicated it since. For me, our 4-4-2 falls into the trap which that formation tends to; it’s too flat. That’s why sides at the top level don’t tend to play with a 4-4-2 very often, as there’s space between the lines which a variation on 4-2-3-1 or 4-3-3 closes down. Without the midfield depth we can look vulnerable: against Kidderminster it was too easy for Anthony Malbon to find space between the lines that wouldn’t exist so readily in a different formation.

Having said that, we kept two clean sheets in our first two games with a 4-4-2, and although we ended up shipping three at Grimsby and being indebted to Andy Coughlin for three good saves, we actually defended very solidly against the wind in the second half. Clearly having Carrington and Hunt in the wide positions offers good cover to the full backs, but the problem comes when we ask them to go forwards. Apart from that great start at Hereford, they’ve struggled to support the strikers and neither is the sort of wide man to rip past a defender. But that’s a different story; tomorrow I’ll go into this theory in more depth by comparing our dysfunctional 4-4-2 with a very successful one from our not so distant past.