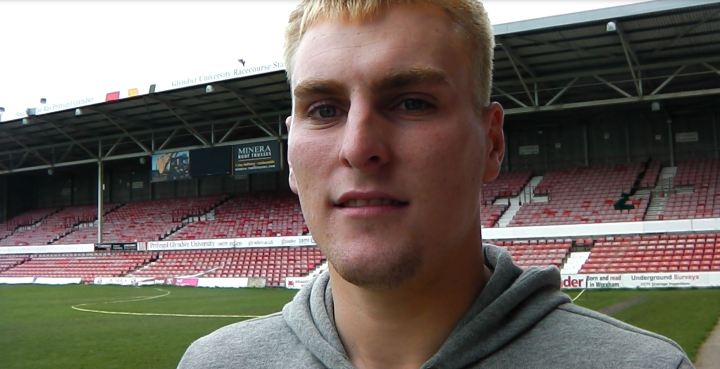 A pattern might have been set for the rest of the season here; this afternoon Kevin Wilkin learned everything and nothing. He’ll probably get a very clear handle of what his current squad can’t do in the coming weeks, and which types of players he hasn’t got, but it will be tougher to work out what the players he’ll keep actually are capable of.

Wilkin tried out a diamond in midfield and it didn’t completely work, but that’s not say it isn’t a good idea; instead it illustrated that the current squad wasn’t quite able to get to grips with it. Next season’s team might take to it like ducks to water.

We did have a lot of the ball in the second half with our extra bodies in midfield helping us to push Woking back, but the home side were compact and disciplined, meaning there might have been a lot of possession but much of it was passive. We passed the ball in front of the Woking defensive block a lot, but moments of penetration were infrequent.

We also saw a lack of a players able to play at the forward point of the diamond, something I suggested in a blog a couple of weeks ago on possible formations we could use. Joe Clarke performed that role in the first half and failed to get into positions to support the strikers, but when he switched with Dean Keates the skipper got no joy in the more advanced position either and a penetrative passer was lost in a congested midfield where he might have given us a creative edge.

To be fair to the players, the conditions didn’t help much. The wind was a factor in the first half as the back four struggled to deal with balls played in behind them which hung in the wind, giving Woking’s impressive forwards a chance to run in behind them. We never managed to pose the same questions in the second half.

The pitch was a bigger problem though. Bobbly and hard, with large sandy patches, it was unreliable and made passing and control difficult. It was perhaps understandable in those circumstances that Wrexham were tentative with the ball in the second half but still, we needed to be crisper in our use of it. Too often players were ponderous as they carried the ball forwards, visibly working out their options as Woking kept their shape tight in front of them. Perhaps if we’d trusted the pitch more we’d have tried to be snappier, giving and going and trying to stretch Woking’s midfield around.

We weren’t helped by the injury to Brad Reid either. To see him hobble off after just 65 minutes of his loan spell, and limp horribly onto the pitch afterwards to shake hands, was a real shame. He showed enough to suggest he’d have been able to build on the promise he showed at the start of the season during his loan spell, but now we just have to hope the injury’s not as bad as it looked.

With a pacey partner buzzing around, Andy Bishop had a good first half, holding the ball up well and drawing a good save from Aaron Howe after fending off the attentions of three defenders on the edge of the box. In fact, paradoxically, the first half was when we looked more dangerous, even though Woking had by far the better of it.

That was because we broke well and actually looked more threatening than we have for a few weeks, apart from the Hereford games which don’t really count as The Bulls were sadly demoralised. It was also because Woking attacked us in the first half and inevitably left gaps occasionally. However, as our defence battled the elements they were able to penetrate far too often, and only the excellence of Andy Coughlin kept us in the game before the break: how ironic that it was his weak punch in the second half which led to Woking’s winner.

Perhaps that is the thing Wilkin can learn. Too often we’ve put in decent defensive performances, but there’s been the one error to punctuate and spoil it. In some ways Coughlin’s efforts this afternoon encapsulated the biggest problem Wilkin inherits: Not quite having the quality to be a successful team doesn’t necessarily mean not looking impressive week-in week-out: more often it’s simply the inability to avoid that one costly error which changes everything.

One thought on “Woking 2 Wrexham 1”