This is the extended twelve inch remix of my column from last week’s Leader. It forms part of the paper’s comprehensive pre-match coverage every Friday, featuring interviews, an in-depth look at the opposition and lots of statistical analysis. All content in the column (c) www.leaderlive.co.uk. 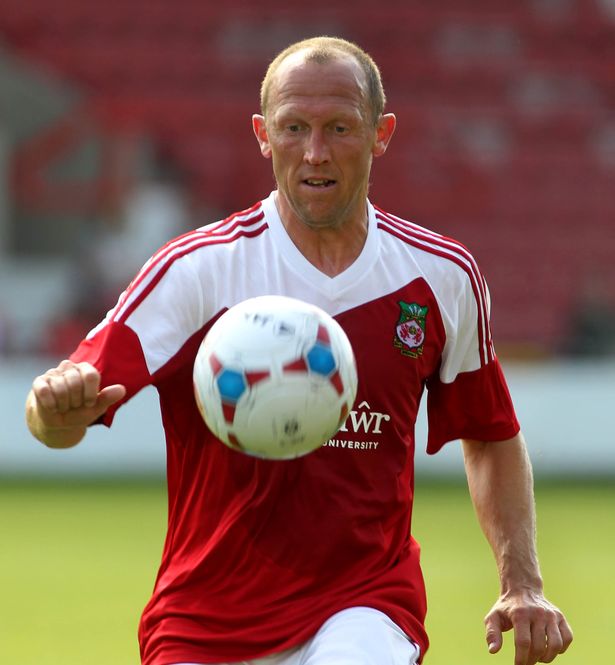 So I guess it’s time to get on with the rest of our lives. I can’t do it without regret though. Andy Morrell was a true legend at the club, and I’m uncomfortable with him carrying the can alone.

The criticism of him tended to lack both detail and logic. I’ve always felt that when you’re criticised, the important thing is to consider who’s doing it. If someone you respect puts forward a cogent argument, you should stop and consider what they say, but if you’re criticised by an idiot you should view it as a badge of honour. If a twit thinks you’re wrong, you’re probably right!

I guess the downside of the proliferation of social media is it gives a voice to the vocal minority, and the impression can be created of a groundswell of anger. This will then embolden others to join in, and a herd mentality can develop where it’s safer to be part of the movement than outside drawing their opprobrium. I think Morrell’s critics managed to go viral in this way.

There has been a lot of lazy talk of Morrell losing the changing room, lacking tactical nous and not succeeding in the transfer market. The trouble is, so much of it has felt like posturing. It feels good to claim inside knowledge when you don’t have it: macho male interaction has been based on this for generations, whether it’s been pontificating in the pub to your mates or drawing admiring comments on a messageboard!

I struggle to find many of these allegations backed up with solid evidence though. Glib talk tends to actually cover up the fact that the critic doesn’t really know what’s going on, but merely wants to appear to be an expert. For what it’s worth I’ve seen no evidence of a changing room rebellion, either from first hand experience or discussions with people on the inside at the club.

As for the accusations of tactical naivety, they tend to reveal more about the person making the claim than Morrell. Just because 4-3-3 is the basic template Morrell pursues doesn’t mean he sends the team out to play the same way in every match. Formations are merely a label, a starting point, for tactical discussion. You don’t just say “It’s 4-3-3 today chaps!” and leave the team to it, but the lack of depth to criticism of Morrell’s tactics has suggested plenty of his detractors think that’s the case. I tried thinking of alternate ways to set the current squad up last night, and ended up feeling that 4-3-3 would allow the greatest number of our players to slot into their natural positions. A 4-4-2, to my eyes, would leave us with a couple of wide attackers having to do more defending than I’m comfortable with and necessitate the dropping of at least one midfielder I’d rather have in the side. As for playing three at the back, the straw regularly clutched at by the truly desperate, well you need at least three fit centre backs to even begin to think about that!

That’s not to say that I was seeing this season as a glorious success, or to suggest I’ve agreed with all Morrell’s calls. Of course not. We’ve emphatically failed to live up to the standards of the last couple of seasons, and let’s face facts: he did sign Junior N’Tamé! The thing is, I don’t really see the manager as the reason for that.

Conspiracy theorists delight in searching for hidden causes of events, but the fact is that the obvious explanation is almost always the answer. And the facts in this situation are that our budget has been reduced year on year over the last few seasons and we’ve lost most of our players. That had to happen to save the club, but it’s meant Morrell has had increasingly less to work with, and this season he’s been unable to defy logic.

So it doesn’t follow that he’s been a failure this season. In the future we might look back and instead decide that, after losing Jake Speight, Mark Creighton, Chris Maxwell, Nat Knight-Percival, Curtis Obeng, Mathias Pogba and Jamie Tolley from the previous campaign, Morrell actually performed miracles in getting us to Wembley twice last year.

His critics point to his transfer dealings, but this feels a little like a self-fulfilling prophesy. Yes, Morrell didn’t bring in the same quality of player as Dean Saunders, but then he didn’t have the financial clout his predecessor had. Saunders could attract the likes of Danny Wright, famously blowing his contract offer from Cambridge out of the water.

As far as I can see, Morrell made one expensive signing, Andy Bishop, and this decision to put his eggs in one basket has probably been his most costly action as the man he backed to follow in Speight and Wright’s footsteps has struggled to score while a gamble on an injury-prone defensive unit has backfired. To be fair to Morrell, there was logic behind the move though. I wasn’t the only one who, after a promising loan spell last season, felt Bishop would prove to be a sound signing.

And as for the calibre of his other signings, I’d say that the likes of Mark Carrington, Danny Livesey, Joe Ayinsah and Martin Riley suggest Morrell knows a good player when he sees one!

There were a few comments from the players on Monday suggesting they felt they should carry some blame too, and they’ve got a point. How many of our current squad have enhanced their reputations this season? Some have been unable to give us their full value due to the effect of injuries: Dean Keates, Jay Harris, Stephen Wright and the unfortunate Creighton certainly fall into that category. As for the others, Andy Coughlin, Steve Tomassen, Leon Clowes and Rob Evans can all hold their heads up high, but you could hardly say they’ve enhanced their reputations. Instead, they’re youngsters who have established them. Apart from the impressive Carrington, I’d argue that Johnny Hunt is the only player who can confidently say he’s enhanced his reputation this season.

I’ve a feeling that in the future some people, in their private moments, might have to take a look at themselves and how they judged Morrell over the last few months.

3 thoughts on “Morrell’s critics failed to convince me”