The usual noun applied to a player who has spent a long time at one club is “servant”. Players who stick around for a while are “great servants”, they’ve “served” their club well. It seems a belittling description: the player is portrayed as something subservient. Talented strikers, whose flashy exploits earn them a move to bigger things, are “stars”. Loyalty earns you a rather less flattering soubriquet. Yet when it comes to Mark Carrington, the word “servant” fits him for all the right reasons.

Last Saturday, Mark Carrington made his 200th appearance for Wrexham, becoming the 59th player to reach that landmark. That puts him in pretty illustrious company, considering we’ve played more than 150 years’ worth of games. He’s only the fourth player to reach a double ton who has appeared for us in the National League, after Andy Morrell, Neil Ashton and Jay Harris.

That reveals something of Carrington’s value. A lack of stability has been a massive problem for Wrexham since relegation from the Football League, but Carrington has proven his worth for a sustained period in a manner few have managed. It’s remarkable that we’ve used 221 players in that period but only four of them have managed 200 games. He has appeared under eight managers, including caretakers, and survived five end-of-season culls.

He has been a servant to those managers over that time, but not a subordinate. He has been a reliable, admirable constant, always able to perform, always offering certainty when a new coach is looking for players he can trust. He has organised, led and supported. He might be a servant, but he’s more the indispensable Jeeves than a disposable retainer. 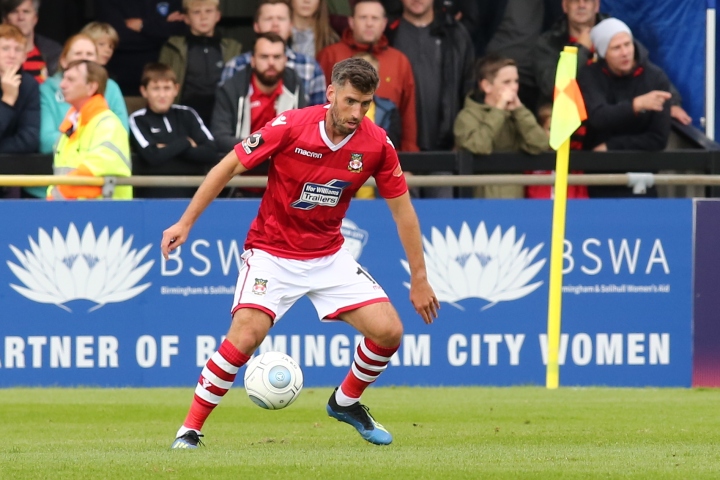 Carrington has proven to be a steady hand in a crisis, able to perform in adversity. In February 2014 Billy Barr, with high hopes of permanently taking the reins, suffered a disastrous spell as caretaker manager. Kicking off with a 5-0 loss to Luton, he was at the helm for six matches as we slid to seventeenth place. Carrington, naturally, was our sole consistent performer in that period. He was one of only three Wrexham players who managed to score in those games, and also chipped in with an assist.

Typically, he showed versatility in those matches, played both at right back and on the right of midfield in a 4-4-2. His ability to adapt to a number of positions without complaint, while maintaining a consistent level of performance, is an asset which a succession of managers have leaned upon.

Signed as a midfielder, he spent his first season at the club pressed into service as a right back, and scooped the player of the season award. He has played in the centre of a midfield four, as a play-making defensive midfielder in a three and a diamond, and has even filled in as a centre back, both in a back three and a back four. 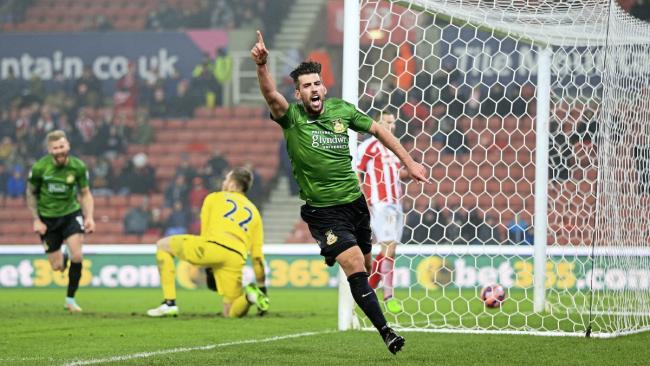 At Stoke he played in the hole behind a lone striker, partly for his ability to press and stop the Premier League side from passing out from the back, and partly because he would be able to support the lone striker. He showed he could do that with aplomb, scoring the superb header which won the Goal of the Season Award and gave us brief hope of achieving one of our greatest ever victories. He played in that position one more time, contributing an assist as we won an FA Trophy tie at Gateshead. Perhaps we’ve failed to fully explore his creative potential.


The alternative position he’s been pressed into most recently is left back. The first time he played there was at Altrincham, in March 2015. He returned from a rare injury to be pushed into a new position, and typically carried out his duties without complaint. I have to admit that I felt at the time like it was a step too far. He looked a little uncomfortable on the wrong flank, and could have done better for the home side’s consolation goal as we won 4-1. Since then, when forced onto the left, he has shown his terrific adaptability, looking perfectly comfortable in the position. He’s made five of his last ten starts there, and last Monday he was head and shoulders above his team mates, defending solidly and passing out from the back under pressure.

So yes, Carrington has served this club. But the privilege has been all ours.