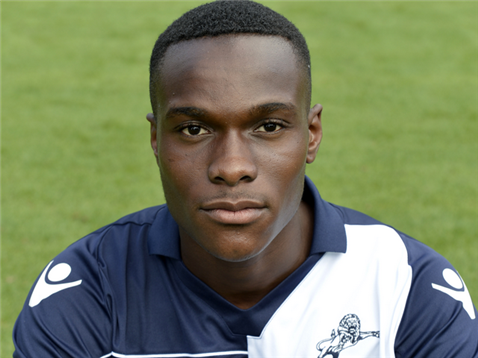 Sometimes, when commentating, certain awkward situations crop up. There was one in the centre of Ebbsfleet’s midfield last night.

Some names roll off the commentator’s tongue; there’s music in them. Dammy Shitta isn’t really one of them.

The problem is that you don’t want to offend, but it’s surely more offensive to alter a person’s name because it happens to sound like a profanity than to accurately pronounce it and hope the audience understand. I recall commentating at Loftus Road a few years ago, and the QPR press officer came up to brief us on Danny Shittu, whose name is similar enough to Shitta’s to suggest they share similar Nigerian ancestry. The press officer emphasised that you say his name as it’s spelled, and the hulking centre back took great offence if you tried to mangle his name in order to make it sound less shocking on the ear. In fact, he’d gone so far as to confront commentators who’d altered his name to suit their own sensibilities: I decided to accede to his request!

Alex, Carl and I discussed the best way to handle Shitta’s name: I tried to make the conversation as puerile as possible, but then I never claimed to have much dignity. We explained at the start of the commentary that his name might surprise, and left it at that, but it’s wise to pay attention to such things.

A couple of seasons ago I was rightly taken to task for being too lazy to bleep an obsenity out of a podcast after Darran Kempson had let one slip out. I avoided him last Saturday, just in case. However, I have a nice little collection of bizarre and profane outbursts from post-match interviews, ranging from a rude slip of the tongue from Dave Ridler to the craziest interview I ever did, with Luke Holden before he’d played for us, who was unable to describe the sort of player he was because he’d never been able to watch himself play!

The recording of the scariest interview experience I’ve had doesn’t do it justice. When Jeff Louis took exception to my winding him up over claiming a goal which he was nowhere near touching, it was his looming presence that made it memorable. You had to be there, although at the time I was wishing that I wasn’t!

For conscience-free amusement, don’t look at people’s real names: revel in the wonders of the Brazilian nickname. From Maicon Douglas (named after Michael Douglas but neither his parents nor the registrar spoke English or were able to spell it correctly) to Atletico Goainiense’s full backs, John Lennon and Mahatma Gandhi, there are some corkers out there.

There’s even a scatalogical one: Dunga made my excrement-related XI (come on, we’ve all made one!) but I had to permanently drop him when I discovered that the true genesis of his nickname is much more entertaining.He wasn’t considered the smartest when he started out as a player so he was named after a character from the cinema: Dunga is the Portuguese name of Dopey from “Snow White and the Seven Dwarves.” His real  name is Carlos Caetano Bledorn Verri in case you’re interested.

I feel rather guilty that I got a childish amusement from Shitta’s moniker: there’s nothing awkward about saying a man’s name correctly, after all. I’ve got to admit that I was quite relieved when he went off at half time though!