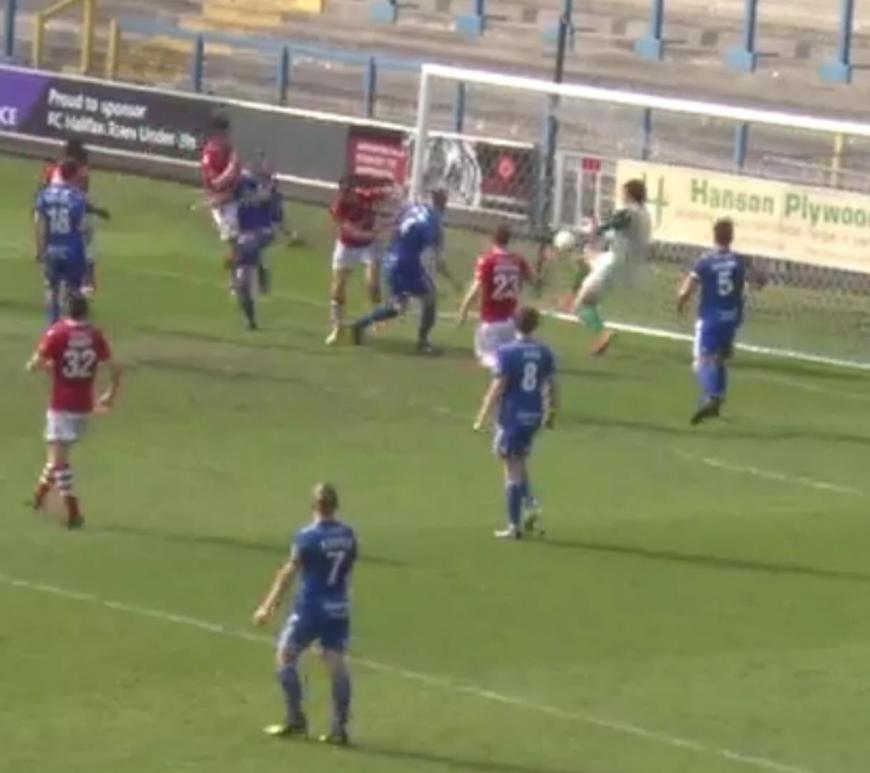 Since reaching the 2015 FA Trophy final, we’ve failed to set the competition alight. Under Keates we fell at the first hurdle twice, losing at home to both Tranmere and Harrogate Town. Rovers’ win was revenge for the season before, when we won 4-2 at Prenton Park, thanks to goals by Manny Smith, Wes York, Dom Vose and Sean Newton, only to then lose 1-0 … END_OF_DOCUMENT_TOKEN_TO_BE_REPLACED 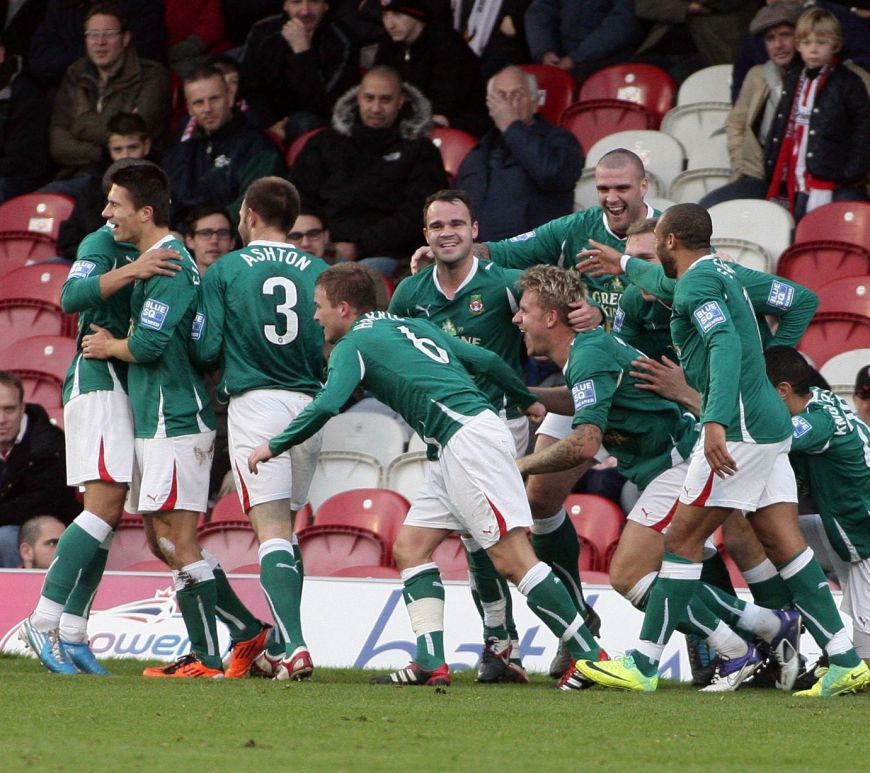 Wrexham AFC’s name is built on beating sides from higher divisions. It’s eight years since we last managed that feat, when we defeated Brentford in the second round of the FA Cup. To be fair, since then we’ve not had many chances to cause a shock, and we’ve acquitted ourselves well on the four subsequent occasions we’ve faced Football League opposition. The win at Brentford … END_OF_DOCUMENT_TOKEN_TO_BE_REPLACED

There’s good news and bad news. Our recent record against Rochdale is poor, but we’ve been remarkably successful against them in the FA Cup. We’ve a 100% record against Dale in the FA Cup, having beaten them on all six occasions we’ve drawn them to date. We played them in both 1997 and 1999, with Neil Roberts scoring on both occasions, and also eliminated them … END_OF_DOCUMENT_TOKEN_TO_BE_REPLACED

Here’s a radical thought: could a striker, brought in expressly to address a lack of goals in a team, be considered a success despite failing to find the net in his first 315 minutes on the pitch for his new club? I’d argue that after a slow start, Jason Oswell is starting to look like he has something useful to contribute, despite his lack of … END_OF_DOCUMENT_TOKEN_TO_BE_REPLACED

Here’s my column from last week’s Leader. It forms part of the paper’s comprehensive pre-match coverage every Friday, featuring interviews, an in-depth look at the opposition and lots of statistical analysis. All content in the column (c) http://www.leaderlive.co.uk. As Wrexham look to return to winning ways in the league, at least they can hope to find solace in home advantage because neither side tends to … END_OF_DOCUMENT_TOKEN_TO_BE_REPLACED

Here’s my column from last week’s Leader. It forms part of the paper’s comprehensive pre-match coverage every Friday, featuring interviews, an in-depth look at the opposition and lots of statistical analysis. All content in the column (c) http://www.leaderlive.co.uk. So Kyle Storer is our second transfer window arrival. It was a relief to hear he’d signed as up until then Kevin Wilkin had had a particularly … END_OF_DOCUMENT_TOKEN_TO_BE_REPLACED 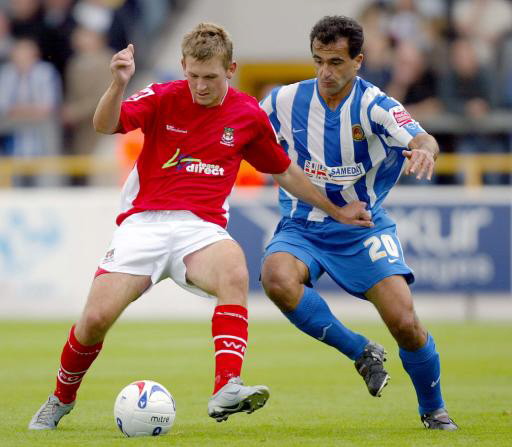 Here’s my column from last week’s Leader. It forms part of the paper’s comprehensive pre-match coverage every Friday, featuring interviews, an in-depth look at the opposition and lots of statistical analysis. All content in the column (c) http://www.leaderlive.co.uk. It’s time to regain the upper hand in the cross-border derby as Chester have had the better of things lately. We’ve won just once in the last … END_OF_DOCUMENT_TOKEN_TO_BE_REPLACED 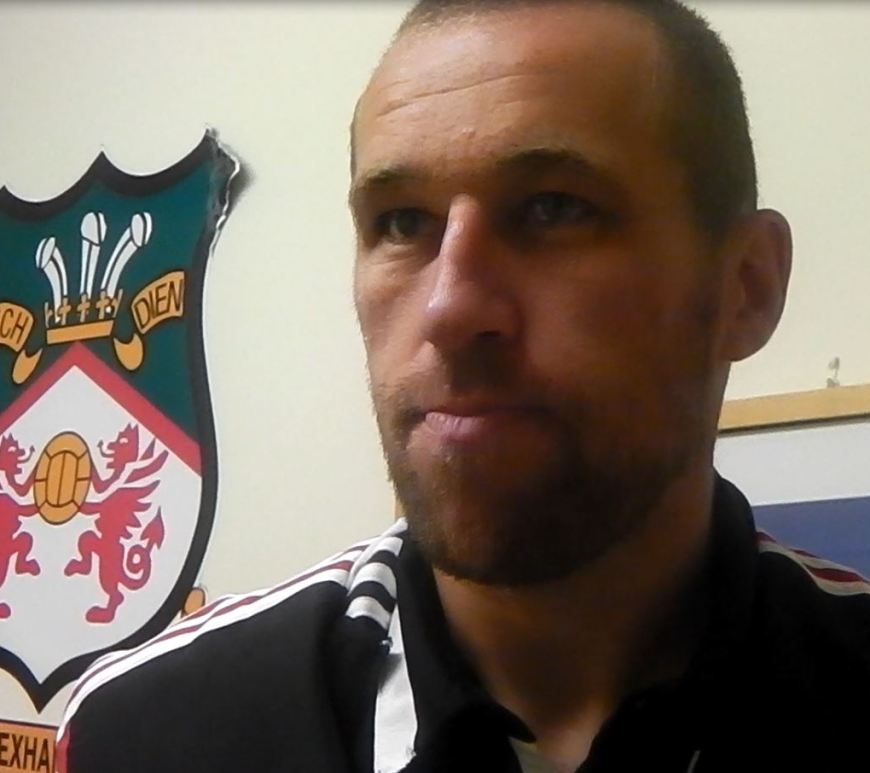 Wrexham FC has a history of international footballers in its ranks. More often than not, it is to represent the Welsh National team. But Wrexham’s summer signing and rock at the back Dave Artell has been called up to a new international team: Gibraltar. Wrexham’s own Gibraltarian Rock qualifies for the small country through his father, who was born on the island. His grandfather was … END_OF_DOCUMENT_TOKEN_TO_BE_REPLACED

They say you should never go back, and in general I fully subscribe to that theory. Thank goodness Chris Maxwell doesn’t though: he could be the exception that proves the rule. Generally, going back to the scene of your greatest successes is fraught with danger. Expectations are too high, players are often older and a little over the hill when they rerurn, and it just … END_OF_DOCUMENT_TOKEN_TO_BE_REPLACED

Wrexham go into the second leg of the play-offs faced with a quite simple task: to get to Wembley for the first time, they’ll have to do something they’ve never done before. They’ve never overturned a two goal deficit in the second leg of a two-legged tie. Not that there are many examples of them facing that situation; it has only happened twice, bizarrely both … END_OF_DOCUMENT_TOKEN_TO_BE_REPLACED

We’re back in the Welsh Cup! Wow! A return to muddy nights sliding down a terrace in shin-high slime in Newtown. To playing in front of an empty Racecourse. To playing the likes of Pontlottyn Blast Furnace and Abergavenny Thursdays. And I’m genuinely looking forward to it desperately. Why am I so keen to take a step back into our past, and contest a competition … END_OF_DOCUMENT_TOKEN_TO_BE_REPLACED

>Beware the curse of the player of the season trophy! It seems to be something of a poisoned chalice of late. Andy Fleming picks up the bauble before the Rushden game, then goes home because he’s not hanging around! Likewise, Marc Williams won it last season and hasn’t scored since, his most notable achievement since the award being a serious injury! And the season before … END_OF_DOCUMENT_TOKEN_TO_BE_REPLACED