So this is the Wrexham side you voted for as our best eleven from the National League years.  I was planning to write about the side I picked and why it’s different from the one which the polls returned, but actually, I only disagree over one position, and even then I’m a little reluctant about it!

The one difference I voted for was in attack. I went for Jake Speight rather than Andy Morrell, but it was a close-run thing, To be honest, Speight is a striker I’ve grown to appreciate more after he left us. He scored 20 goals despite only starting 33 league games in his one season with us and, hard as it is to believe, he was left out of the side for a spell. At the time I totally agreed with that decision: he tended to fade out of games and often contributed little else apart from his goals. As time has gone by and we’ve struggled to score, I’ve realised that “only” scoring goals is a positive, not a negative!

That meant I had him in the side ahead of Andy Morrell. I’ve a great deal of personal respect for Morrell, and his stint in the National League saw him score, create and lead from the front. His energy, wearing down centre backs, was also to the benefit of the other strikers, who profited from the mistakes Morrell forced from tired and harassed defenders.

Louis Moult was one of many obvious choices: Incredibly, Moult started fewer league games for us than Speight; he missed 22 games in total, as Kevin Wilkin incredibly left him out of 16 games, he was suspended for 3 and was injured for 3. He still managed 23 goals in the season and was our outstanding striker in the National League.

Danny Wright’s work rate and ability to get goals from wide positions made him an obvious choice on the right, and in midfield there was little doubt that the redoubtable duo Dean Keates and Jay Harris would get the nod. It was a tight call between Lee Fowler and Connor Jennings for the final midfield berth though, with just one per cent between them.

For me, you made the right choice. I deliberated over whether Jennings should be in the poll as a striker or in a deeper role, and chose to put him in midfield. For me, although he certainly was a good striker, he wasn’t the best finisher, whereas in midfield he was able to show energy with his box-to-box running and chipped in with a good number of goals. That front three, with Jennings getting up to join them, certainly ought to score plenty!

The big decision in the back four was who should partner Shaun Pearson at centre back. Pearson’s leadership made him an obvious choice, and I agree with the decision to use Nat Knight-Percival alongside him. NKP was a class act, as his subsequent progress into the Football League suggests, and his mobility covering Pearson as he attacks the ball makes them a good pairing.

Having said that, Knight-Percival only just scraped past Manny Smith, and I can’t help thinking that if Smith hadn’t got injured and his consistent excellence was fresh in everyone’s minds, he might have got a few more votes.

The full backs each received a resounding vote of confidence. Curtis Obeng was selected ahead of the redoubtable Mark Carrington, his pace going forwards offering extra width to the attack, while on the other flank Neil Ashton won a decisive victory over Neil Taylor, who didn’t spend all that long in the National League before moving on to better things. 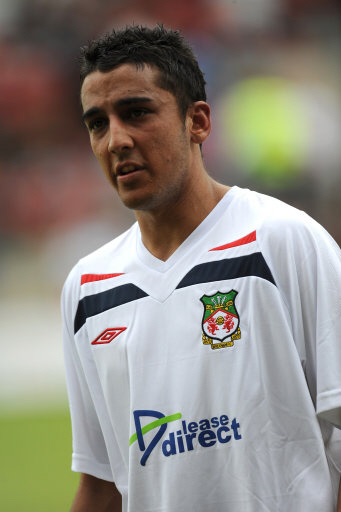 In goal a close contest was won by Chris Maxwell ahead of Rob Lainton. I’d agree with that: Maxwell was a class act, although Lainton still has more work to do in service of the club. Interestingly, Joslain Mayebi only got 4% of the vote, a surprisingly low amount considering the vociferous support he enjoyed online when contesting for the number one shirt with Chris Maxwell.

It’s a useful side, balanced, solid at the back and with plenty of fire-power. Looking at the players who narrowly missed out on the vote, a bench of Lainton, Carrington, Smith, Fowler and Speight would offer the ability to change the game as it progressed. Maybe then we’d finally be able to get out of this league!