If Bryan Hughes is successful in getting the players he wants to sign new contracts for next season, we’ll have a remarkable array of talent at centre back to choose from. Shaun Pearson, Manny Smith, Jake Lawlor and Kieran Kennedy would all be available for selection, but despite the fact that he’d have to get past such stiff opposition to earn a spot in the side, I’m delighted to see Doug Tharme commit to another season with us.

Tharme has shown increasingly solidity at centre back, and injuries, both to himself and others, have affected what might have been a breakthrough season for him. Don’t forget that Sam Ricketts was happy to start the season with him as the primary cover for Pearson and Smith. If Smith had avoided injury, the likelihood is that neither Lawlor nor Kennedy would have arrived at The Racecourse and jumped Tharme in the queue. 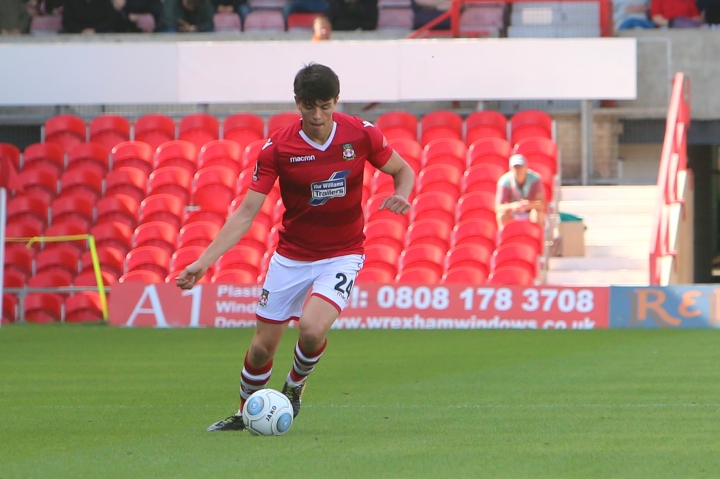 Tharme himself was injured in November, and wasn’t fit again until January, meaning he missed out on opportunities to stand in for Pearson when he was suspended or rested, and Kennedy was drafted in during that time. A centre back capable of filling in at right back, Tharme may have been used in the two roles Kennedy fulfilled if he’d stayed fit. Instead, he was still coming back to match fitness when Bryan Hughes was settling in, reducing his chances of impressing the new boss.

Hughes has been sensible enough to opt for a further chance to observe Tharme from close quarters, and will have been encouraged by his performance against Harrogate. For those of us who have been following the progress of the centre back for a little longer, that match offered a very interesting example of how far he’d come. 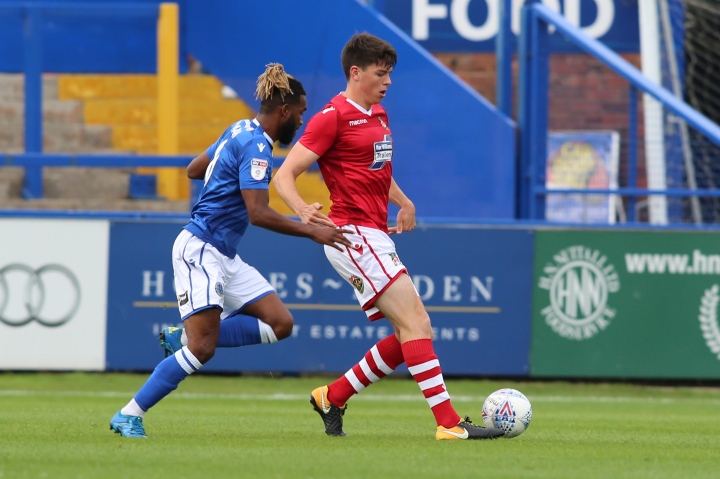 Tharme made his debut in December 2017 when Keates rotated his squad for an FA Trophy tie with Harrogate. It would prove to be a testing way for Tharme to start his senior career, albeit one he could hardly be blamed for. His strength, mobility and composure on the ball were all evident, but he was troubled in the air by Mark Beck, the ultimate blunt instrument target man, who helped himself to two goals. As I said, though, you couldn’t really blame Tharme for being exploited by a more experienced foe: his central defensive partner, James Hurst, failed to protect him and it was no surprise that he accumulated just four more minutes on the pitch before Keates removed him from the club.

Tharme showed character to come through that test, and has continued to improve. On the last day of this season he found himself facing Beck again, and this time things were different. Tharme had no problem dealing with him, and was an impressive factor in our victory.

I’m glad Tharme, and Matt Sargent and Jack Thorn for that matter, have come through at this particular moment. Although there have been constant upheavals in the manager’s office, this has been a period of stability in the playing squad. Our time in the National League has tended to be characterized by a constant churn of players, as teams are regularly ripped up every Summer, and the manager started again. In the early years of Dean Saunders, such upheavals even happened twice a season, as he rebooted his team in January too.

Despite going through managers like Theresa May’s Brexit deal goes through last chances, there’s been a consistency about the playing staff, as the foundations Dean Keates laid are built upon. Essentially, this is only the second time we’ve had such stability in the squad since dropping out of the Football League: the other period was when Andy Morrell inherited and developed Saunders’ side. 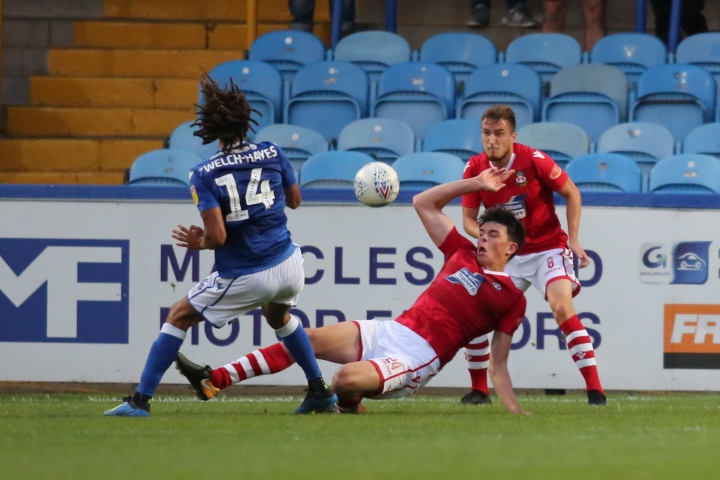 Tharme, Sargent and Thorn should benefit from such constancy. Too many young players have come through in the last decade, shown promise, but been jettisoned as managers look for a new start. There’s no guarantee that a young player will continue to develop into something, but you can’t help wonder whether, given a chance to settle into the squad, players like Anthony Stephens, Kyle Parle, Leon Clowes, Jay Colbeck, Joe Williams, Danny Reynolds and Jon Royle might have blossomed.

Tharme feels like a rounded character. He was extremely articulate and analytical when he co-commentated on the FA Trophy loss against Leyton Orient, and has gone to volunteer for a week in a school in Sierra Leone. He thinks about the game, and it shows in how he plays on the pitch. Perhaps his comfort on the ball has influenced Hughes to consider playing with three at the back, which would certainly enhance his chances of game time next season. Whatever tactics we deploy though, Tharme is a useful player to have around, and surely can only improve further.

One thought on “Keep Tharme And Carry On”