Wrexham’s defence can equal a club record today. as they seek 26th clean sheet of the season. That would match the club record achieved in the 1973-4 season when Brian Lloyd was between the sticks.

Rob Lainton has already taken one club record from Lloyd: last Saturday he kept his 20th league clean sheet of the season, overtaking the 19 Lloyd achieved 45 years ago.

Since the beginning of last season we’ve kept 42 clean sheets in 85 league matches, so a clean sheet today would not only match the club record, but would mean we’ve shut the opposition out in exactly half those games!

Hartlepool haven’t scored past us in three games, their last goal coming in January 2007. However, we’ve only kept a clean sheet in 2 of our last 20 league games there. 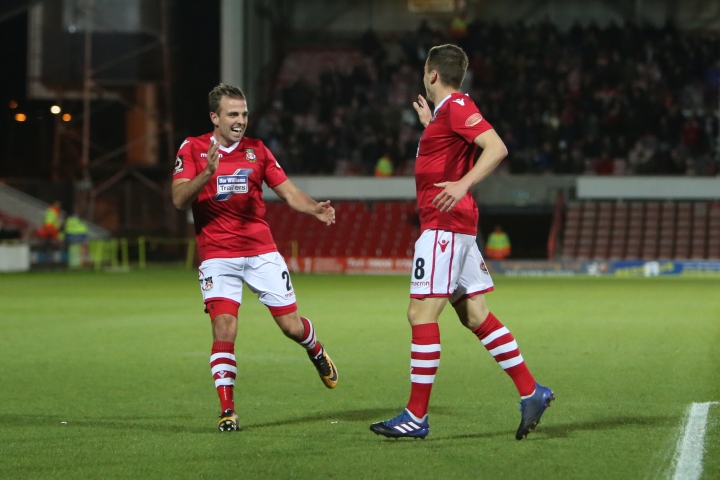 We’ve won our last two games against Hartlepool, so victory tomorrow would be our best run of victories against them since 1970. When the sides met at The Racecourse earlier this season, Luke Young’s goal earned us victory.

Last season Scott Quigley’s dream debut earned us a 2-0 win at Hartlepool, as he hit both goals.

A repeat of our best result at Victoria Park would be a real treat. In March 2005 Juan Ugarte became the first Wrexham player to score five goals in an away game, and equalled the club record for most goals in a league match as he dominated a remarkable 6-4 victory. Mark Jones got the other.

Ugarte got six goals in total against Hartlepool, equal with Tom Lewis, who got a hat trick in an 8-1 home win in 1933. However, our top scorer in this fixture is Tommy Bamford, with eight.