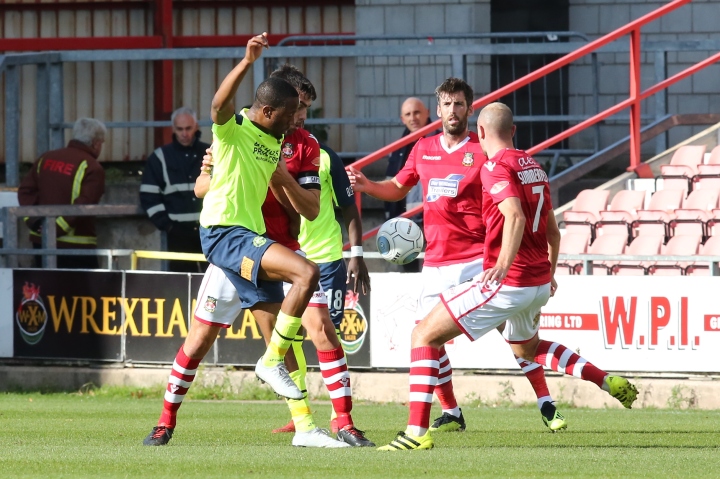 If we ever needed a strong mentality, it’s today.

Last Tuesday’s defeat was a spectacular blow. It wasn’t just that we lost: it was the devastating manner in which we collapsed. Amazingly, as we kicked off we hadn’t let in a goal at home in the first half of a match all season. Indeed, we hadn’t conceded a home goal in open play before the break since February last year. Yet within 45 minutes all that had changed. We’d let in three goals and the game was gone.

With Leyton Orient pulling off an away win, and opening up a four point gap with a game in hand, the landscape looking remarkably different to what we were enjoying at half time last Saturday, when we were revelling in the fact that we’d had the better of The Os on their ground, and that if we could find a goal to cap our promising approach, we’d open up a five point gap over them.

However, although things look bleak, all is not lost. If we know anything about this league, it’s that it’s remarkably even. There are no strong title contenders at the top end, and no sure things down at the bottom. How else can you explain us enduring a run of four league games without a point over Christmas, yet going top just four matches later? How can Salford suffer two similar runs, yet still be in contention?

All season the teams at the top of the National League have been erratic, but have had a second chance because there is no side strong enough to pull away. I see no reason why that should change, so it’s important that we keep plugging away and keep up with the leaders, waiting for them to slip.

That’s where that strong mentality has to come in though. Last Saturday was a disappointment, but the mood was still upbeat. We’d played some good football in our toughest fixture of the season, and would have come away with a clean sheet were it not for a deflected goal.

Tuesday was different though; a complete malfunction which raised some alarming questions. Sure, the conditions were horrific, and maybe our change of formation was ill-advised, but the constant litany of mistakes, the failure to win second balls in the first half, were bordering on the inexplicable. We must bounce back from that immediately, or suffer a similar fate to last season’s distressing collapse. It would be hard to take a repetition of that.

Hopefully Shaun Pearson will be able to take the field and reintroduce some leadership into the side. We needed that on Tuesday, and to be fair a side with Pearson, Manny Smith, Brad Walker, Mark Carrington and Luke Summerfield in it would look a lot more experienced. It has been worrying to see that, over the past two years, a side without Pearson has tended to look rudderless. Remember the two games at Fylde last season? Without Pearson we capitulated in both of them, and the Barrow match brought back painful memories of those bleak games in Lancashire.

Still, we have to remember that last Tuesday was just one match. A good win today, and everything could feel very different. If we learned anything from the last week, it was that things can change very quickly in football. We just have to make sure that things change again, but this time in our favour.