Tomorrow will be an uplifting experience whatever happens on the pitch, with 1,300 tickets sold for the Grassroots Youth Football Day. Hundreds of kids will have an important formative experience. Such initiatives epitomise the concept of a community club in action.

Obviously there’s a potential benefit to the club. If some of them enjoy the experience and want to keep coming, we’ve created some new fans. However, the benefits for the community are much more far-reaching.

Now, more than ever, communities are crying out for coherence and children need some sense of belonging. It’s not just young people who benefit when they feel part of society; we are all enriched, and the benefits echo far into the future.

I don’t want to fall back on the tired cliché of children being encouraged to take part in outdoor activities rather than sitting on consoles all day: we’re fighting a losing battle if we try to drive gaming into extinction, and the very fact that these kids are playing football on the weekend suggests these aren’t slothful ones!

Instead, by offering a broad variety of experiences to young people – and watching the local football team certainly falls into that category – we increase the likelihood that they’ll become valuable, well-adjusted members of our local community.

Perhaps going to the game in a group opens up a new experience for a kid who has already been to matches, but discovers the joys of watching the match with their mates for the first time. Or perhaps, for some, it’s a first taste of attending a professional football match. 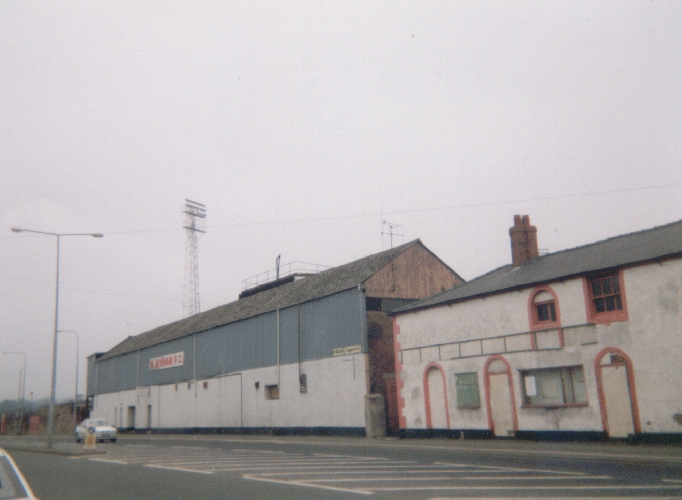 My first game was a goalless draw against Leicester City – in fact my first two games were both goalless, and I missed the first goal I was present for as my Dad and I arrived late and we were walking up the aisle of the Mold Road Stand to our seats, with our backs to the pitch, when Mickey Thomas scored a free kick!

My main recollections of the Leicester game are a player trying an overhead kick – I think it was Graham Whittle – and being impressed by the acrobatic audacity of the man, and the impressive height of the old Mold Road Stand. I spent much of the game looking up at the intricate structure of its wooden roof.

The thing is, I was hooked by the excitement of being part of a big crowd and the exotic feel of a new experience.

There’s no question that becoming absorbed by football in my formative years has had a massive influence on the shaping of my personality. My sense of loyalty and collegiate responsibility definitely come from being committed to a team sport; my love of travel and fascination with other cultures have their roots in sitting in my parents’ kitchen, listening to Wrexham play away games in alluring European destinations.

Following the team has forged my identity too. I wonder how Welsh I would actually feel if I hadn’t followed Wrexham. It has given me a sense of civic pride too, and the club plays a key role here. The mines are gone, but the club’s awareness of its heritage keeps that memory alive. The breweries are gone too, but it’s fair to say Wrexham’s fans have honoured that tradition with enthusiasm before and after every game!

In a time when the identifying features of the town are disappearing, Wrexham AFC remains as perhaps the final symbol of the town to cling onto. That’s why it’s healthy for these youngsters to go to the game today and experience something which might just encourage them to commit to their local community and do something to make this a place to be proud of in the future.