Wrexham will have made progress today if we could actually score past AFC Fylde today. We’ve played them four times, and are yet to get the ball past their goalkeeper!

We hadn’t even met them until last season, but by the end of October we were heartily sick of the sight of them! By then we’d travelled to Mill Farm twice in the space of ten days, and put in probably our two worst performances of the first half of the campaign!

First we went there for an FA Cup tie and subsided to a rather limp 1-0 defeat. Then we played a league game there, confident we’d be able to put things right as we were on an eleven game unbeaten run in the league and hadn’t let in a goal in an away match for five games.

However, skipper Shaun Pearson, rested for the cup tie, was absent again and we seemed to miss his leadership as we put in an even worse performance, and would have lost by more than the final 2-0 scoreline if it hadn’t been for a string of fine saves by Chris Dunn.

Both clashes between the sides at The Racecourse have ended in goalless draws, so our wait for a goal against AFC Fylde currently stands at 360 minutes! 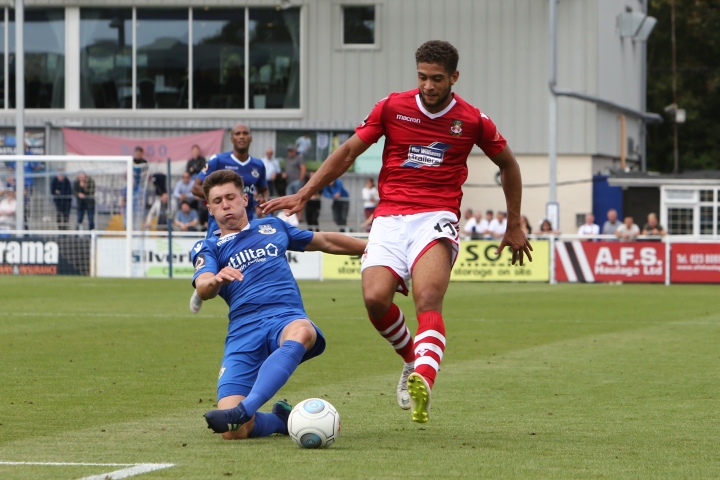 One thought on “Still Waiting For A Goal”