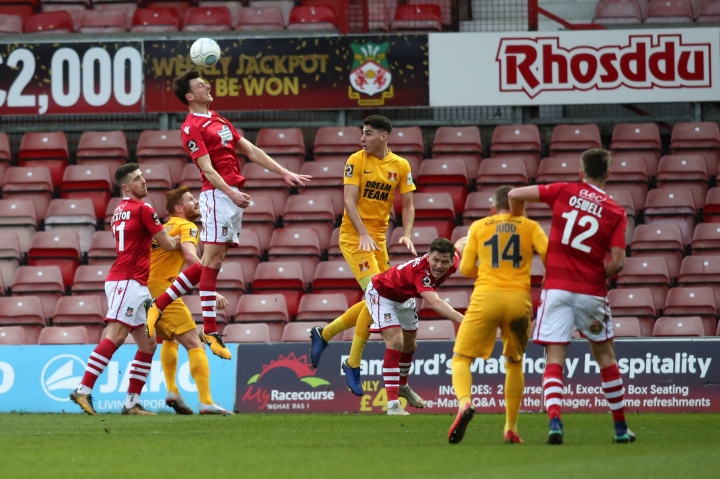 Okay, so we’ve tried three at the back. Can we put it back in its box now?

I’m not convinced the Orient game was the right point to experiment, and I don’t particularly feel that we need to search for a Plan B.

In general, when fans and the media in Britain talk about a Plan B, it tends to be shorthand for something drastic: usually “stick a big lad up front.” Frankly, this is a reflection of the fact that, while we’ve seen a great deal of progress in terms of the tactical dialogue in this country, it’s still a place where Danny Murphy can throw out such cliched gems as “a centre back should never take a penalty” during the Southampton-Derby County shoot-out on Wednesday night rather than actually use prior knowledge or observation to analyse what’s happening.

That Danny Murphy lad doesn't half talk tosh. Defenders shouldn't take pens? Denis Irwin anybody? Ray Stewart was the best peno taker in the 80s. Stuart Pearce was very good too (Except that one time!)…. I'm sure BBC get full value for their colour commentator's expertise.

I’d argue that if you need to fall back on a “Plan B” which is so drastically removed from your original game plan, then you’re in a serious mess and need to take a good hard look at what’s wrong rather than throw everything away and start again. Wrexham, four points off the top of the table, are nowhere near being in that sort of situation.

Ideally, in the Summer a manager would determine his approach, presumably with an eye on the players already in the squad, and build up the playing staff in order to play that way. If you’re a possession-based team, and recruit accordingly, I would assume you’ve not got the players to go long ball. So why would you think that launching the ball into the box for the last ten minutes would work, when you don’t have the right sort of players to benefit for that approach?

A Plan B, for me, should be a much more subtle alteration. There are lots of changes you can make to a side, whether it’s to deploy different types of players in certain positions (replacing a winger with an inverted winger for example), adjusting the defensive line or the nature of your pressing, or altering the balance of players in certain parts of the pitch, without completely abandoning your game plan and resorting to desperation. Because when you think you can get the result you want by doing something which doesn’t suit your players, and which presumably you haven’t practised (I assume managers don’t include “throw the kitchen sink” exercises in their training schedules), I think “desperation” is the mildest word I’d reach for.

So when we tried out three at the back against Orient, I wasn’t convinced it was a good idea, and after watching it I hadn’t seen anything to make me change my mind.

I don’t think we have the right players to revert to three at the back at the moment, at least not unless we are in desperate need of a way to alter the balance of a game which is going very badly for us.

From a defensive perspective, I don’t see a need to switch to a different shape, because keeping clean sheets hasn’t been a problem. We’ve used a back four all season and not conceded many goals. If it ain’t broke, don’t fix it. 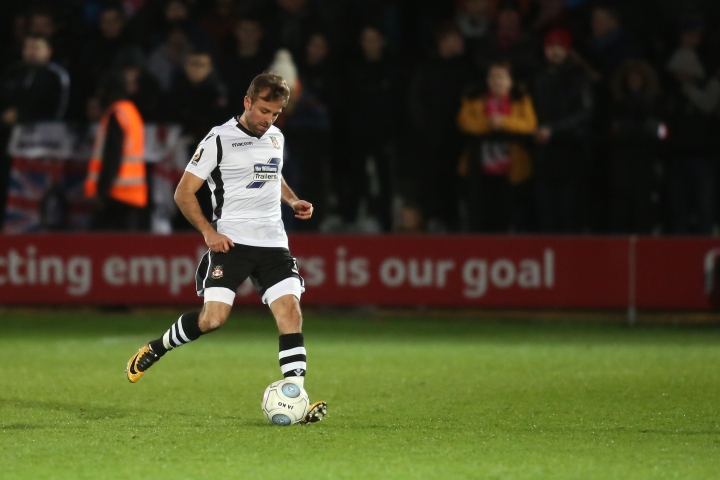 Also, I don’t really think our centre backs are the kind who would be best suited to a back three. In the modern iteration of a back three, you’d expect the wide centre backs to bring the ball out from the back, as we saw England do in the World Cup. I’d suggest our best ball-playing central defensive options are Kevin Roberts, who isn’t really a centre back, and Brad Walker, who I’d rather see deployed in a holding midfield role.

Furthermore, the magnificent Shaun Pearson is, I’d suspect, best deployed as a stopper in a back four. It’s his natural habitat, where he can stick to what he does best: beating strikers in a personal battle. Jake Lawlor feels like a similar type to me, although I’m willing to accept they might adapt to the position. I didn’t think Brian Carey would suit a back three, but he anchored a trio of centre backs to promotion in 2002-3 with aplomb. 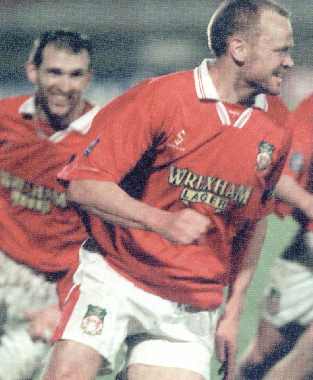 I’m more confident in saying a back three wouldn’t be to Manny Smith’s liking though, because I’ve seen the evidence with my own eyes. When Gary Mills was tinkering with the side, he often used Smith as a right-sided centre back, and I blogged at the time about how it just didn’t suit him at all.

If we have some of the best centre backs in the division, I reckon it’d be unwise to make them play in positions they’re not fully comfortable with. We have plenty of square pegs for our defensive square holes.

From an attacking stand-point, I’m not sure our lack of creativity is addressed by the switch. Admittedly, it offers the opportunity to play two strikers, which is an attraction. However, I’m not convinced we have the sort of attacking wing-backs which would give us thrust on the flanks. The left side is well catered for, as I’m sure James Jennings would be comfortable pushing up the pitch, although he has had sporadic, unpredictable injury problems and we don’t have obvious left wing-back cover. 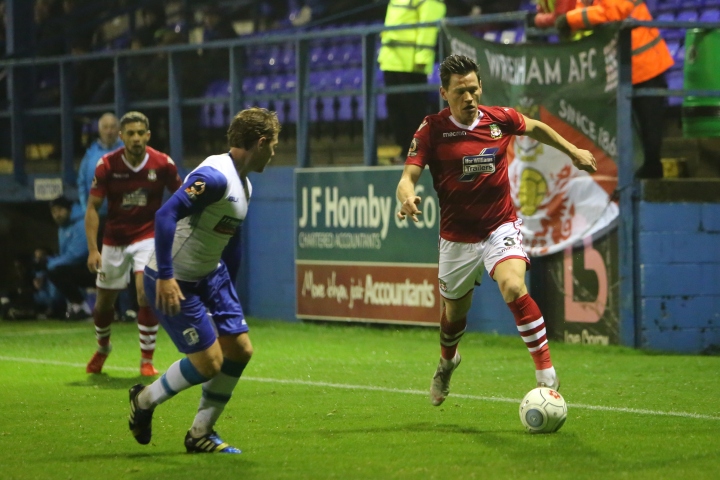 On the right, however, I don’t really see a wing back. Kevin Roberts is a fine right back, but isn’t as dangerous as Jennings going forward; Mark Carrington is a player I admire enormously, but we’d be asking a lot of him to expect him to beat men and attack space high up the pitch; and Paul Rutherford certainly has the engine to be a wing back, but the defensive side of the role would be testing for him, and being forced to look over his shoulder at the space behind him would restrict one of his most attractive qualities: the ability to make unexpected runs infield. Obviously, there are many places that creativity can come from, but having thrust on the flanks is crucial in a 3-5-2. To refer back to that 2002-3 promotion-winning side again, it was an excellent illustration of how you can pose an attacking threat with such a formation, and much of the danger came from out wide. Denis Smith decided there was enough attacking quality in his squad to blow League Two away, and set them up as a 3-5-2 in order to get as many attacking players as possible onto the pitch at the same time. His wing-backs, Carlos Edwards and Paul Edwards, were both essentially wingers who relished tearing forwards and creating. In midfield having a trio allowed Darren Ferguson scope to go forwards and create while knowing he had the likes of Jim Whitley to cover him, and up front was the deadly combination of Andy Morrell and Lee Trundle.

Supplied by such a wide range of creative players, Morrell filled his boots that year, of course. But do we have the same arsenal of attacking threats, facilitating such an approach this season? Clearly we don’t, so pushing full backs higher up the pitch won’t necessarily fix our issue with a lack of punch going forward. Instead, a possible 3-5-2 based on our current squad sees us lining up with three centre backs and Walker sitting in front. With Akil Wright offering strength and work rate through the middle, and Roberts and Jennings on the flanks, Luke Summerfield is picking up a lot of the creative responsibility.

Also, such a formation limits our wide attacking options, when we have quite a number of choices in that area. I’ve already suggested that Ben Tollitt is potentially the solution to our creative issues, but a 3-5-2 would seem to have no place for him. The same goes for the likes of Chris Holroyd and Stuart Beavon, players who could play through the middle but are probably better used supporting a central striker. I’d argue the same applies to Bobby Grant, whose best moments come when he drives in from the flank, although from what I’ve seen so far of our new look squad I’d still give him a run through the middle if we played a front two. Rekeil Pyke is another striker who’s probably best used wide in a three. Paul Rutherford would probably be most likely to get a game as a box-to-box midfielder in this set-up. Of course, we could try a 3-4-3. That would allow us to use some of those attacking players in their most effective position. That would naturally leave us a little thin in the middle of the pitch, but feels like a slightly better fit for the players we currently have, not least because the wing backs would be a little more conservative as they’d operate in more of a midfield support role.

So let’s not explore the extreme variations Plan B implies. We need to find the variation which makes the most of the squad, not go back to the drawing board and start again.

One thought on “Back Three Plan B’s Not For Me”