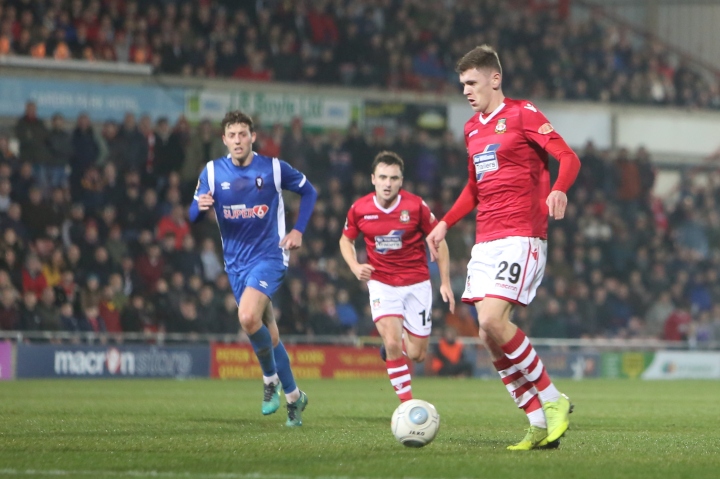 Ben Tollitt’s announcement that he’d like to extend his stay at Wrexham was music to my ears. I hope we are able to make it happen.

For me, Tollitt looks like a potential solution to our lack of a cutting edge. Fast, direct, able to take men on and willing to shoot from the edge of the area, he feels like the player most likely to fill in a lot of the unticked boxes in our creativity check list. 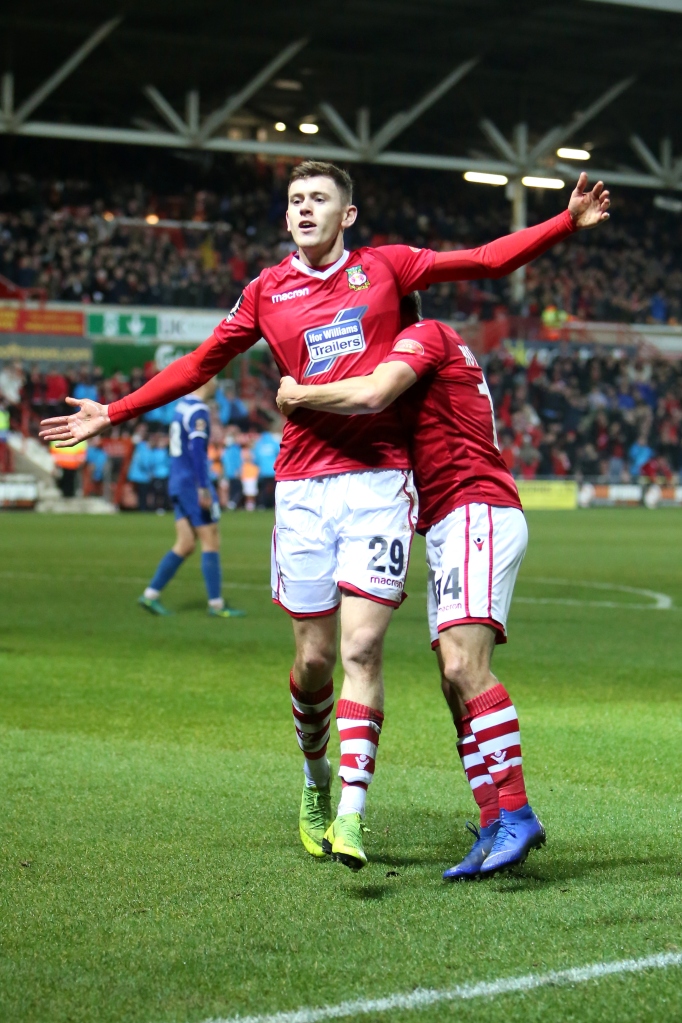 Watch him when he comes on: he’s constantly trying to sniff out pace between the lines and offer himself as a passing target in order to move the ball forwards and allow us to get at the opposing defence. He links intelligently with players on the same wavelength, who are looking to exchange passes in the final third and use that process to make runs into areas of the pitch which can be exploited: I don’t think I’ve ever seen two Wrexham wide players link together and exchange positions in the course of a passing movement as often as Tollitt and Paul Rutherford do. Just look at the extended build-up to Tollitt’s excellent debut goal against Salford.

He’s arrived from Tranmere short of match fitness, but has shown in the substitute appearances he;s managed that he has the potential to win matches at National League level, as he has in previous performances against us.

Obviously his spectacular impact on debut is the starting point for any assessment of his potential, but in many ways his least satisfactory performance in a Wrexham shirt also offers an insight into why we should keep him and get full use of his talents. He never really got it going against Leyton Orient in the FA Trophy. His touch wasn’t what it usually is and he tended to run into tackles when he took on his man. He wasn’t at the level we’ve previously seen, and yet he still felt like the player most likely to conjure up an equaliser. I still felt a stab of hope whenever the ball found its way to him.

There was a passage of play near the end of the game where he burst down the left and whipped in a decent cross; when it was cleared back out onto the flank he picked it up again, worked himself to the edge of the area and shot over. Okay, that didn’t lead to a goal, but at least he was making something happen. Even an off-form Tollitt looks like one of our more threatening players, which is why we should hang onto him.