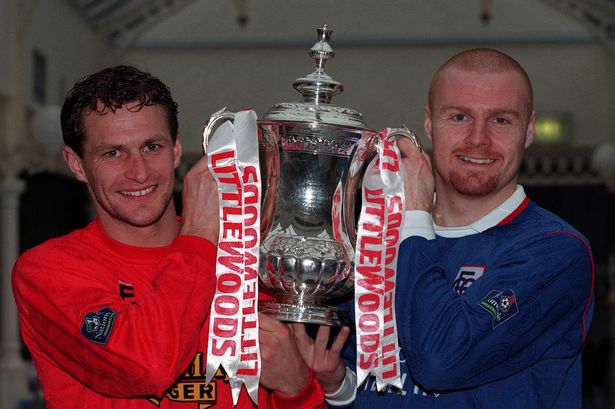 The fast-moving, noisy trailers on TV will tell you that football is an exciting, sexy sport, full of triumph, glory, joy and tame indy rock. It isn’t. Football is suffering, anger, disappointment and the occasional fleeting moment of hope, which dissolves when you think it’s actually going to turn into something real.

I can’t think of Chesterfield without thinking of that game. Surely, no Wrexham fan can. Admittedly, you might argue that, beyond the crooked spire and the birthplace of Motorhead drummer Phil “Philthy Animal” Taylor, there are very few reasons to think of Chesterfield. Still, that cup match remains burned on my soul, a reminder of how following a football team is an exercise in self-harm. 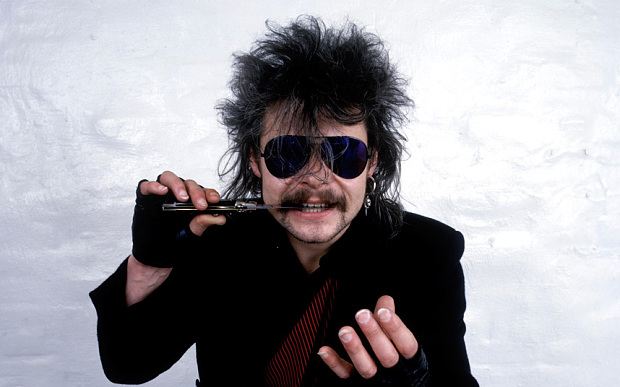 The context is simple. Brian Flynn’s side had enjoyed a superb run to the last eight of the FA Cup. Lower division sides aren’t supposed to do that, of course, but Wrexham’s magnificent cup pedigree meant we were playing at that point of the tournament for the third time in 23 years, each time as a third tier side.

This time was different though. The previous two occasions we were massive underdogs, facing strong opposition. Burnley at Turf Moor in 1974 were an imposing proposition; Arsenal in 1978 were football aristocrats. We might have been flying that year, but can you really imagine little Wrexham beating Arsenal?

1997 was very different. We might have been drawn away, but our opponents were in the same division as us. We’d got this far with superb away performances against higher division opposition. West Ham had been defeated in the last minute, forcing Harry Rednapp into a begrudging admission of inferiority; Birmingham City had been dismantled 3-1 at St. Andrews. 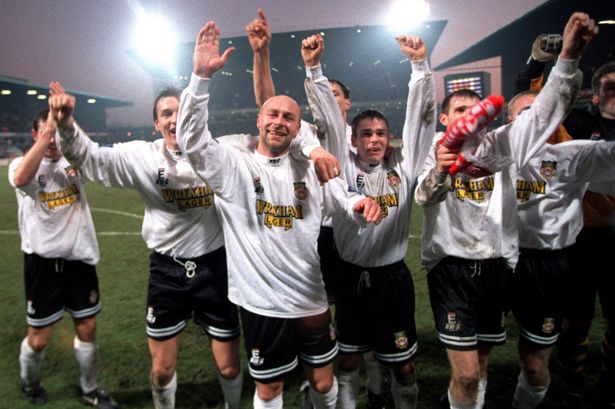 And now we faced Chesterfield. We’d drawn at Saltergate already that season, and beaten them at The Racecourse. We were on a seven-year, eight-game unbeaten run against them. This was different. We were favourites.

But football is all about dreams being cruelly wrenched from your grasp. This dream had a dizzying feel to it. Could we actually win the trophy? A lot of big teams had already fallen, and the prospective semi-final line-up didn’t look too intimidating. Okay, whoever won our tie would be the outsiders, but a trip to Wembley felt like an actual possibility. And then, who knows?

There was only one problem. Reality. What happened, of course, was that painful loss of hope. We were a passing side, they played long ball football. It all came down to who could impose their style of play on the other, and we just couldn’t get going.

Still, we had a strong defence, and neither side were creating chances in a grim, nervous struggle. A goalless draw would be fine: surely we’d take them apart at The Racecourse?

But then Deryn Brace and Andy Marriott suffered a communication breakdown and we gifted Chesterfield a goal. There was still some time left, but we were never going to score. Fate had decreed that we should be punished for daring to dream, and we were consigned to an empty agony of regret.

This is why no song encapsulates being a football supporter better than “I’m Forever Blowing Bubbles”. Some fans sing songs of inspiration; West Ham sing a lament to the inevitability of failure, to pretty bubbles which, like our dreams, fade and die.

You might try to make a counter-argument, and argue that Chesterfield did get to live out their dream and go for glory. You’d be wrong. Beating us felt wonderful at the time, but merely condemned them to an even worse hell. The monkey’s paw had granted them three wishes, but the price they would pay for their fulfilment was worse than they could imagine.

They got their dream semi-final, against vulnerable opposition in Middlesbrough, and a trip to Old Trafford, but they suffered the one fate worse than failing to perform in a big game. They were superb, but they were robbed. They led 2-0 and had a shot which clearly crossed the line judged not to be a goal. The cup final was so close, but it was snatched away from them. They ended up drawing 3-3, and were thumped in the replay.

“The Monkey’s Paw” is a parable on the futility of reaching upwards for better things; football is a tedious grind of suffering and disappointment, peppered with the occasional moment of hope which merely acts as a gateway to further pain.

Today we make our first trip to the ProAct Stadium, Chesterfield’s home since the bulldozing of Saltergate in 2010 gave a small measure of consolation for what happened there 13 years earlier.

We lost our last match there, a 2-1 defeat on New Year’s Day in 2008, despite a Steve Evans goal, but won a remarkable match on our previous visit in January 2005.

We went behind five minutes before the break to a goal which proved to be the straw which broke the camel’s back, as Denis Smith took the remarkable decision to remove his goalkeeper at half time, replacing Xabi Valero with young Michael Jones.

There was certainly a dramatic reaction at the other end, as Juan Ugarte hit four goals in 20 minutes. By the 64th minute we were 4-1 ahead, and a late Chesterfield goal was a mere consolation.