Our three matches with Guiseley have been packed with goals – there have been at least four every time we’ve met!

The head to head record currently stands at won one, drawn one, lost one, and the only previous clash at The Racecourse was the one which ended with the teams level.


Not that it was a dull stalemate though: far from it! The tone was set early on when the visitors took a third minute lead following some sloppy defending. It looked like Wrexham had overcome this early scare when two first half goals from Dom Vose saw us go in ahead at the break, but Guiseley put in a fine second half performance and were leading 3-2 with nine minutes left.

An equaliser looked unlikely but Gavin Rothery picked up a red card in the 88th minute and Connor Jennings swooped to steal a point in the second minute of added time.


Our only defeat to Guiseley was a 3-1 away loss last season.

Our one win was that memorable 3-2 victory in August.
With Paul Rutherford’s ninety-fourth minute winner at Guiseley during the first week of the season to add to Jennings’ strike, this doesn’t look like a fixture you should leave early, as both times we’ve avoided defeat we’ve got a decisive goal in added time.

There are lots of individual milestones to be celebrated by Wrexham players tomorrow. Mark Carrington makes his 250th career league appearance, while John Rooney is fifty games behind him. Robbie Evans plays his 125th career match, and Martin Riley makes his fiftieth league appearance for us. 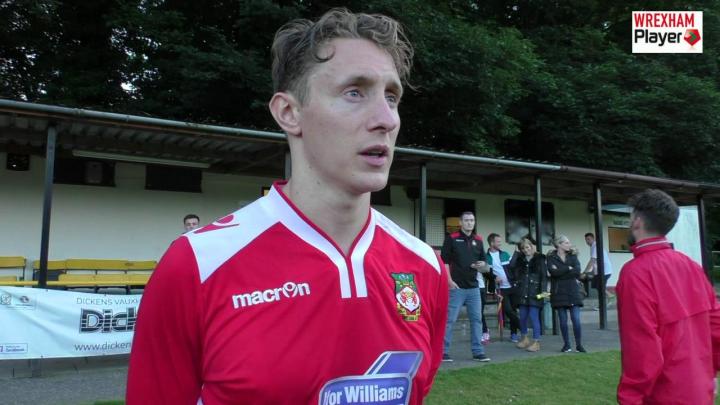