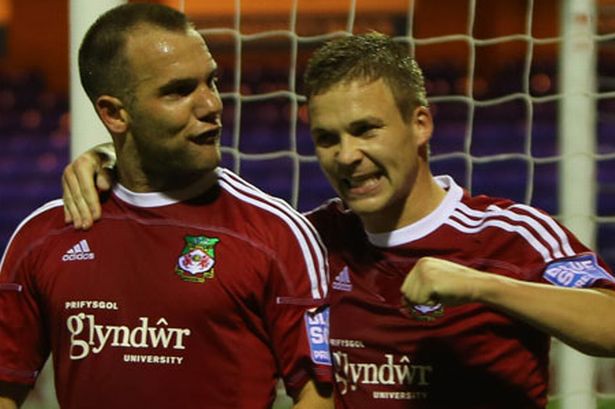 We need to buck a trend tomorrow as our home results against Braintree have steadily deteriorated. We won our first clash emphatically, drew the next one and suffered our first loss to them at The Racecourse last season.

That initial win saw five different players get onto the scoresheet in a 5-1 victory. Andy Morrell, Adrian Cieslewicz, Mathias Pogba and Danny Wright all helped themselves, but the happiest scorer must have been Neil Ashton, whose injury time penalty was his first for Wrexham.

The following season we again welcomed The Iron to North Wales as we prepared for a play-off campaign, but this time the game failed to offer us the perfect preparation for the post-season. Things started well with Morrell opening the scoring with a sublime chip in the fourth minute, but they soon went sour.

Up until that point Wright had enjoyed himself against Braintree, and remains the only Wrexham player to have put more goals past them than Morrell. However, soon after his manager’s goal he fell awkwardly and injured his elbow, ruling him out of the play-offs and ending his Wrexham career prematurely.

Last season was also an unhappy experience. We started horribly and were 2-0 down after twenty minutes but a spirited fight back saw us level through goals from Johnny Hunt and Jay Harris. However, we were denied in controversial circumstances as Steve Tomassen put the ball into his own net as Wrexham protested that a striker was offside and interfering with play.

As the season draws to a close, tomorrow’s game falls on the anniversary of one of our most successful run-ins. In 1970 we drew 1-1 with Oldham to secure promotion under John Neal to the old Third Division.

It was an edgy affair though, perhaps because there was such a weight of expectation on Wrexham’s shoulders going into the match. Although we needed a draw to go up, nobody expected an Oldham side which had won one and drawn six of its last eighteen away games to stop put up much resistance against a side on such a roll as Wrexham were.

We’d lost just two games from late February with Albert Kinsey having hit eleven goals in twelve games. At home we’d scored eighteen goals in the last five matches at The Racecourse so it was understandable that a crowd in excess of eleven thousand arrived expecting to witness an historic victory over a side which needed a win to ensure that they did not have to apply for re-election into Division Four.

However, Athletic proved to be stubborn and the first half was scoreless. Worse still, Reg Blore, a Welshman ironically, opened the scoring with a speculative shot just after the hour.

Wrexham pressed on but struggled to create and were lucky to survive a penalty shout after a tackle by Steve Ingle, before inspirational skipper Eddie May stepped up to the plate in injury time, connecting with our fifteenth corner of the match to plant home a header which finally secured that precious point.