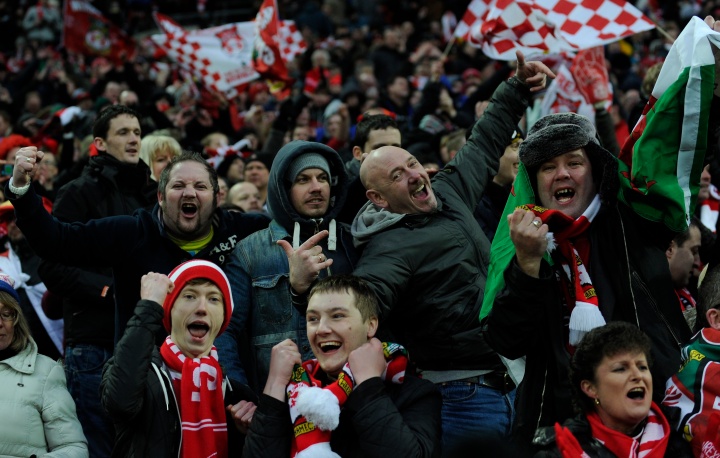 Have you got your Wembley ticket yet? And if not, why not?

Sorry to be so blunt, but I’ve got to assume if you’re reading this that you’ve got an interest in Wrexham FC. And if you have, surely you don’t want to miss out on next weekend?

Attending the final won’t just be a chance to cram a knees-up into the 150th anniversary season though. It’ll also be an investment in the future. I’m not going to pretend I’m happy with our league position, although hopefully it’ll improve when our games in hand have been cashed in. However, it would be churlish not to acknowledge an improvement in our performances since the turn of the year.

The switch to 4-3-3 has suited us, and although there have been blips along the way, the trajectory is pointing upwards as the end of the season draws near. I’ve remarked on Kevin Wilkin’s squad building capabilities already this season, but I think it’s worth considering the impact an impressive Wembley turnout could have on his ability to put a promotion-chasing side together in the Summer.

The obvious argument is that the more money we put into his pocket with a bumper turn-out at Wembley, the more cash he has to splash in the transfer window. But there’s something more fundamental than that.

Wilkin has put together the foundation of a successful squad and, in my judgement, needs two or three quality signings to complete the squad. But he also needs to tie down the key personnel he already has to ensure progress. Bringing new men in but losing our best performers from this season would be taking two steps forwards and one step back.

That’s where a great Wembley turn-out comes in. Imagine you’re Manny Smith – clearly a massively coveted signature as he’s been superb this season. No doubt you’re considering your options, feeling that as you’re consistently a star man at this level you probably ought to find a Football League club to sign for in the Summer.

What can we do to sway you? We can’t offer you a huge salary, but we can promise to build a title-winning team around you, which will certainly be appealing, and will carry more water if occasions like Wembley can bring us a windfall.

But most important to you, surely, will be that experience when you walk out onto the Wembley pitch. When you see a packed Wrexham end going crazy, waving flags, singing like mad – and yes, doing the “Zombie Nation”! – as you walk onto the most famous pitch in world football.

Will Accrington Stanley offer you that feeling? Are Fleetwood Town likely to send a thrill down your spine as hordes of their loyal fans enjoy a huge party? I doubt it. Let’s show the likes of Manny Smith that Wrexham Football Club is special, a place where he can achieve his ambitions, somewhere he can be proud to count as part of his life.

Let’s do it by having the biggest party we’ve thrown in one hundred and fifty years.