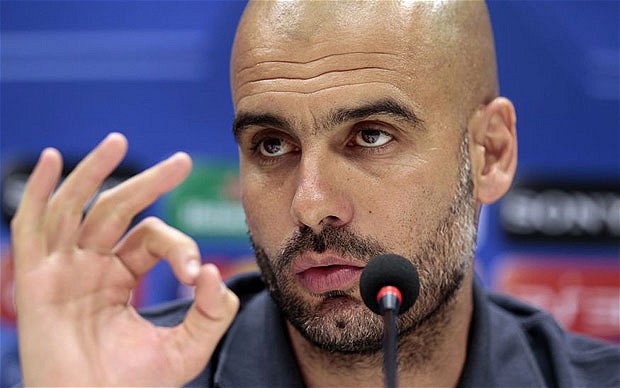 Pep Guardiola famously travelled miles to spend a whole night sat at the feet of his guru, Marcelo Bielsa, discussing whether to take the job as first teamcoach at Barcelona. Gary Mills didn’t make such a pilgrimage, but he is plainly a disciple of Bielsisme.

Gateshead’s football is alien to the fifth level of English football. In fact, it’s alien to the fifth level of anything, and to pretty much any corner of England apart from those clubs with budgets that allow the import of expensive talent and the odd enlightened corner of the Football League. Possession-based tactics aren’t the only or the best way to play football necessarily – indeed the groundswell of clubs looking to mimic Guardiola’s Barcelona has subsided dramatically since he left the Camp Nou and emerged a year later with a more pragmatic version of tiki-taka at Bayern Munich while the Catalan giants drifted, both in terms of quality and ideology. Such an approach remains a daring style of play to adopt, and The Heed are its most surprising, and maybe most pleasing, advocates.

Gateshead keep the ball. They don’t mix up their passing too much and their movement is excellent. This can present terrific problems to a Conference side set up in straight lines who aren’t sure whether to track or pass on the drifting John Oster as he wanders from his nominal starting point on the right flank. Leave him and he has the range of passing to punish your; follow him and he opens up space on the outside for Craig Baxter, a tireless overlapper from right back.

Oster is a threat. He can pop up anywhere. If he drops to split the centre backs and make play he opens up the possibility of an overload in the middle of the pitch as Gateshead’s central three in a 4-3-3 can flood the middle of the pitch in front of him, while also obviously facilitating advanced starting points for their full backs. But he’d just as likely to be further forward than the midfielders, popping up between the lines to feed the strikers. That’s not to say he’s the only threat from midfield either. Jamie Chandler has a lot of energy and is able to join his striker in the box, as he showed in scoring in midweek. He hit the net at The Racecourse earlier this season too.

So what do you do to counter their style of play? The fact they’re mid-table tells us that it can be certainly be done, but I think you need a clear idea in your head of how to approach them. One template is our home match against them last season. An epic affair, it saw Gateshead totally dominate possession and at first it looked ominously like we’d be completely overwhelmed. Crucially, Andy Morrell’s side didn’t panic. Starved of the ball for long periods they accepted that this would be the case and maintained their shape, challenging Gateshead to break them down. It wasn’t quite the second half of Cambridge United against Manchester United – we did have an outball when we got possession back and Gateshead weren’t a ponderously slow in shifting the ball around. However, it was disciplined and, above all, calm.

If that’s how it goes today we must keep our cool if we can’t get a grip on the ball; worryingly, our last two home games (and indeed the final quarter of an hour at Stoke) suggest that we have developed a tendency to panic when things turn against us.

There are other ways to confront Gateshead, of course, and the Stoke game perhaps offers a template for that. Will Kevin Wilkin be tempted to return to that approach, showing good energy in midfield and pressing to restrict the opponent’s opportunity to build in our half? It’s an option, and the obvious point to get at Gateshead is the turnover: if their midfield has been drifting around it will need a moment to regain its shape and can be caught on the counter: time perhaps for a bit of Borussia Dortmund-style gegenpressing? Look at the goals we scored two season ago: two come about from set pieces into their box and the other from a counter attack.

We also beat them 3-0 away last season. I’m reluctant to draw a direct comparison as I think Mills’ brand of tiki-taka was just bedding in then. However, the similarity of all three goals might suggest something. Like Andy Bishop’s winner at The Racecourse, they all come from wide positions, and this could be an issue for a side which likes to push its full backs high up the pitch. There’s always a danger in a 4-3-3 that your full backs could be outnumbered if the wide attackers don’t track back; in the Gateshead model, it’s not so much that they don’t track back as they drift around and might be slow to double up with the men behind them. Again, counters down the flanks could be profitable.


Which leads us to the thorny subject of what formation Wrexham should adopt. Kevin Wilkin tried a diamond on Tuesday, but that would be a narrow option which leaves our full backs as the obvious providers of width, just as Gateshead’s shape does, meaning there’s limited scope to overload down the flanks. A 4-4-2 might offer more counter-attacking opportunities on the wings, and it will be interesting to see what Mills does at left back. On Tuesday he used Andrai Jones, a right footer who might not relish having Wes York running down the outside. However, Mills has another option in that position as Matty Robson is available on loan from Carlisle after being cup-tied against Grimsby. There might be an interesting game of cat and mouse before the team sheets are handed in!

We could match Gateshead and go 4-3-3, of course, although that’s a shape Wilkin admitted last season he isn’t keen on. Matching them up facilitates the approach Morrell took last season – stifling Gateshead and denying them overloads across the pitch. Look at the nature of the goals we conceded to see how well we shut them out: both were shots from outside the box and the first was an horrendous mistake by Joslain Mayebi.

So what do we do? It’s a fascinating conundrum and a game which despite our recent form, I’m looking forward to. We won’t be any closer to working out our best eleven after today no matter how it goes because The Heed offer a very different challenge to any other side at this level. But it’ll be a fascinating insight into the approach of the coaches as we see what they decide to do. As for what Mills does,that’s a no-brainer: he just looks at his wristband: WHAT WOULD BIELSA DO?

One thought on “How to beat Gateshead, the Conference Barcelona”