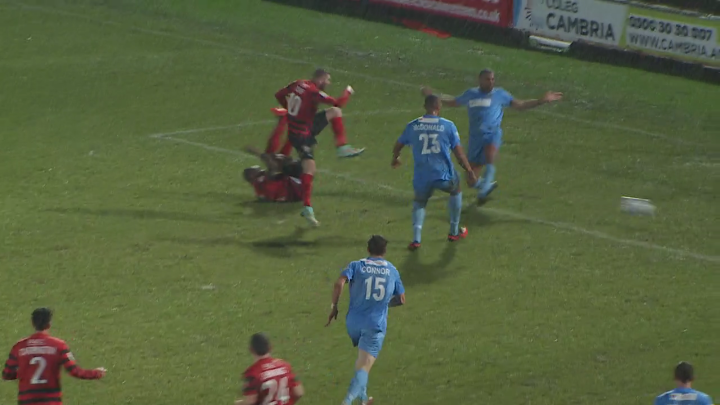 Positives:
The professional way we capitalised on a man advantage.

Neil Ashton’s overlapping down the left.

The space Connor Jennings made for Ashton with his intelligent movement, and the combinations between the two.

Joe Clarke brought some strength back to the centre of the pitch.

Mark Carrington’s cameo on the left.

Andy Bishop continuing his good form in front of goal in cup matches.

Amadou Bakayoko’s unending quest to set a world record for the most times a player has been offside by miles in one match.

Amadou Bakayoko’s unending quest to get sent off for kicking the ball away in a pointless protest against a blatantly correct red card.

Negatives:
The damage the pitch sustained.

The opening five minutes, when it looked like the lessons of the first match hadn’t been learned.

A failure to be clinical in the box despite dominating the game.

Ross White’s injury and how the referee stood over him for an age before calling for treatment, as if he was saying “I’m not letting the physio on until you wake up!)