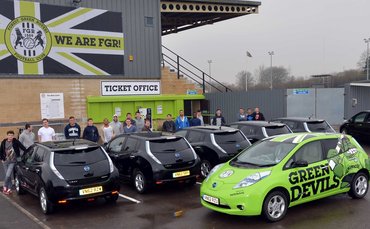 This week of all weeks when moving away to university and leaving North Wales for the first time in all of my 18 years, probably wasn’t the best time to go on my first ‘proper’ away day.

You see I have travelled away from the Racecourse for Wrexham games before, but I don’t count twice at Wembley, Chester or the Welsh Premier/Colwyn Bay pre-season fixtures. You see before going away, I wanted to do a proper away day. So I did, twice within the week of moving to Cheltenham I visited two grounds…….right past Cheltenham.

I’m not the luckiest of people, the fixture list proves that. When looking out for Bristol Rovers and Forest Green Rovers so that I could easily see Wrexham whilst conducting my studies. The football god’s thought they’d wind me up, not only putting them at a date whilst I’m away, but having the audacity to date them a week exactly before I go away. 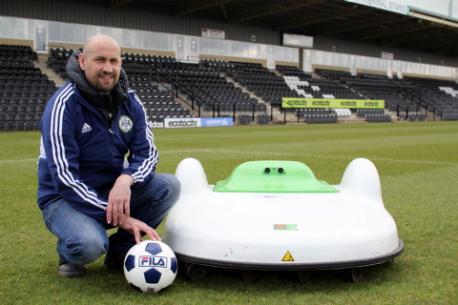 Forest Green was first. A ground I’ve wanted to visit for a while because of the eco-side, or in other terms, it’s only side. I’ve never ever gone to a ground excited to see a lawn mower, but the solar panelled robot they have was unlike anything you’ll ever see at a ground. As for the famous burgers, for something with no meat in it’s a charming surprise. Perhaps the most fascinating thing is the drive in, no wonder they were nicknamed ‘The Little Club On the Hill’. A drive up a winding country road with a view of Nailsworth greeting you at the top, a gem you only find in non-league. I recommend you take a look at some of the videos on YouTube about Forest Green, you’ll be surprised at some of it. As for the football itself, I’m sure you’ll have seen Louis Moult’s goal, it was worth travelling just for that!

On to the following Tuesday to Bristol Rovers. A friend of mine whilst in Greece asked me if I fancied doing anything on his one day off, a Tuesday before I go. When I broke the news about heading to Bristol, the idea of my friend whose longest drive beforehand was to Rhyl and back was conceived. Let’s drive down for a 355 mile round trip with an inexperienced driver, a non-driving passenger and a free app on my slowly dying iPhone.

After ending up lost in a ditch and a Lidl car park we managed to get to the Memorial Ground five hours after leaving home. Not fazed by the ridiculous time, we wondered in, picked up our press passes for ‘Wrexham Player’ duties, and headed up to the press box, without being asked who we were or to show our tickets…..strange. Anyhow after 90 minutes of pulsating football, a sending off, goal that wasn’t a goal and Louis Moult being punched in the face we drove home, taking a different route to avoid paying on the bridge, I passed signs directing me to my new home. A large Red Bull, McDonalds and the rest of my free pasty, I got home, finally nodding off at 5am, I could do nothing but wish away for my next Wrexham away day.