The last time Johnny Hunt hit the net for Wrexham was at Forest Green. Who knew he’d be looking to repeat the feat again this season?


The draw we fashioned on the last day of last season at The New Lawn was a welcome relief, as in recent years we’ve found results there hard to come by.

A late Hunt penalty earned a 1-1 draw, adding to the dull goalless draw we played out there the season before, but we’re still on a run of four games without a win at Nailsworth.

We won on our first three visits to the club, including our first trip there back in February 1991 when Forest Green were known as Stroud FC. It was for a Welsh Cup tie which we won 2-1 thanks to goals from Chris Armstrong and Gareth Owen, who were just breaking into the side then.

We followed that win up with two memorable victories for Dean Saunders. Our next trip to Forest Green in October 2008 was his first game in charge of Wrexham and ended in a dramatic 3-2 win. Saunders decided to throw Marc Williams, previously neglected by Brian Little, into the starting eleven and the striker repaid him with two goals as well as the goal-bound strike which led to the last minute winner, which Jeff Louis poked over the line. 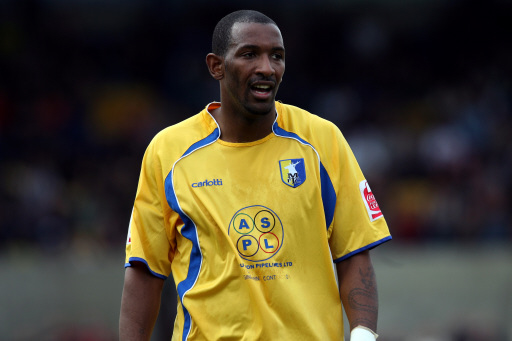 The following season Saunders again profited from a surprise choice up front., He threw Wes Baynes, previously used as a wing back, into the attack and again his intuition was rewarded with two goals as Baynes’ strikes inspired the side to a 2-0 win.

We then went on a run of two defeats there, failing to score on either occasion. Saunders’ happy run ended abruptly with a 3-0 defeat in the second game of the 2010-11 season, and the following season we suffered a different kind of frustration when an injury time penalty offered us a chance to snatch a 1-1 draw but ex-Wrexham keeper Sam Russell saved Dean Keates’ spot kick.

In a season of commemorations as we celebrate Wrexham FC’s one hundred and fifty years of existence, tomorrow’s date stands out as being particularly auspicious. When we kick off at Forest Green it will be exactly one hundred and twenty four years to the day since our very first match in an organised league.

On September 6th 1890 we played our very first league match, in the Combination League, as we travelled to Manchester to play Gorton Villa. Hopefully we fare better tomorrow though; those valiant Nineteenth Century adventurers returned from foreign soil with a 5-1 beating against their names! A fellow by the name of Arthur Lea at least managed the feat of registering our first ever game in a competitive league match.

It looks like there’ll be more competition up front tomorrow, but if Kevin Wilkin gives him the nod Andy Bishop will make the fiftieth appearance of his Wrexham career tomorrow.