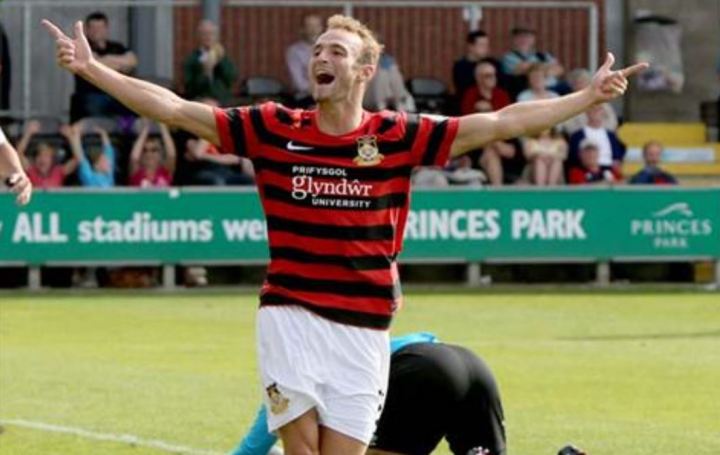 I’m assuming, as you’re reading this, that you’ve an interest in Wrexham Football Club. In that case, you’d better make sure you get to The Racecourse tomorrow, as even at this early point of the season it feels like a huge match.

There are a number of reasons for this. Obviously, there’s a real tide of excitement pushing the club on at the moment. It’s a combination of a new-look team and the euphoria which surrounds the 150th anniversary. If you don’t believe me, have a look at the eagerness with which the anniversary shirts were snapped up: football fans believe in the most tenuous of portents, and a significant milestone like this is automatically going to get everyone talking about it being our year. That bubble hasn’t been burst yet, so getting down to The Racecourse tomorrow will give you a chance to savour the excitement and contribute to it yourself.

It’s crucial that upbeat atmosphere is maintained as far into the season as possible, and after tomorrow we’ve a decent looking run of fixtures to take us to the end of the month, so a good result tomorrow could really set us up to create a bit of momentum.

And then we come to tomorrow’s game. Gateshead will be pushing for promotion at the end of the season. No doubt about that. We have a chance tomorrow to plant our credentials firmly on the table, send a message to our opponents and the rest of the division, and gain points which could prove crucial in April.

Gateshead have my admiration for the way they set about the game, and although my head told me that it was good for us that Luton went up, thus clearing the one club which is naturally and indubitably bigger than us from the division, my heart wanted to see The Heed rewarded.

They came to the Racecourse last season on my birthday, and what unfolded before me was one hell of a present! It was undoubtedly the best game of the season in terms of quality and entertainment, and was our best performance of a drab campaign too.

Gateshead’s passing, movement and pressing was sophisticated, fluent, magnificent. They embraced the Bielsaist system with gusto to generate their Geordie version of tiki-taka (tikki-tokka like?) and denied us the ball for long periods of the game. And we stayed patient, backed our ability when we had the ball, and managed to beat them. In injury time, With an Andy Bishop hat trick. Did I mention it was my birthday too?

On paper, what we can expect tomorrow is even more mouth-watering. The Dartford win showed us to be set up as a counter-attacking side who break with pace and look incisive. I’m sure Kevin Wilkin wanted us to have more of the ball than we did, and we may not set ourselves up in the same way for a home game – it’ll be interesting to see if we retain the same eleven but revert to a more traditional 4-4-2. However, we may have to accept that Gateshead will once again enjoy mastery of the possession stats. The thing is, the demise of Spain and Barcelona, coupled with the success of Atletico Madrid and Germany, has illustrated a shift in the paradigm. At the highest level, sides have started to work out a way to play against tiki-taka. Counter attacking with pace is the new black. In so many ways, this feels like it might be our time, and tomorrow is a chance to start to prove it.