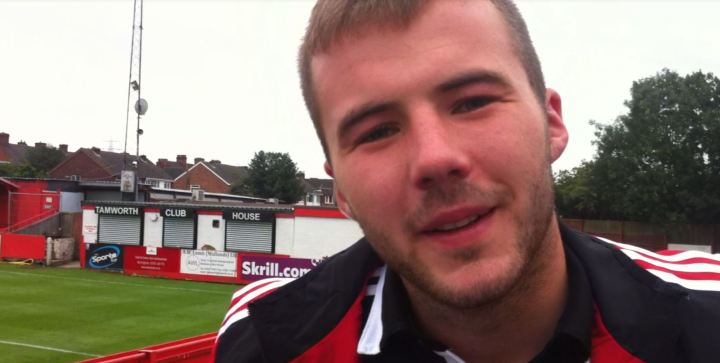 You can still vote for the Player of the Year through The Leader’s website, and at the same time nominate your Young Player of the Year. There’s no shortage of talented youngsters worthy of consideration for that award this season.

That reflects the extent to which Wrexham have had to dig deep into their resources, both because the squad has been a little thin and as a result of injuries which have bitten deeply into the side, especially at the back.

As a result, a number of young lads have had a lot of pitch time. They’ve tended to acquit themselves well and hopefully the experience will accelerate their development.

Starting at the very back, Andy Coughlin has massively exceeded expectations. After a shaky first season with us he has brought stability and been rewarded with an England C call-up. It’s all a far cry from this time last season, when Andy Morrell responded to Joslain Mayebi’s injury by immediately bringing in Chris Maxwell on loan rather than trust his rookie keeper for the run-in.

Some of the back four have distinguished themselves as well. Steve Tomassen has had extended runs in the side both at right back and in the heart of the defence and let nobody down. His mobility in a back four which lacks pace has been a crucial factor in both his continued selection and our ability to steer clear of the danger that lurks lower down the table.

Leon Clowes has been hampered by injuries, but he’s reinforced the impression formed at the end of last season that he’s a centre back of promise. Morrell summed him up nicely in describing him as an old fashioned centre back who gets rid of danger in a no-nonsense style. His strengths lie in his physicality, and that’s no bad thing at this level.

Although his chances have naturally been limited, Kyle Parle merits a mention as well. An energetic right back, he made a man of the match appearance off the bench against Gresley and followed that up with a league debut in which he saw off one of the Conference’s most mercurial wide men in Aldershot’s Jordan Roberts.

Obviously Rob Evans is a real gem in midfield. Morrell recognised as much when he made him captain at the age of just eighteen, which as far as can be worked out appears to make him the youngest captain in our history. Hopefully we can hang onto him a little longer than we managed to keep Brad Reid, and see his tenacity and passing game develop. Reid, back on loan, is eligible too if you want to reward the local boy’s commitment to the cause.

I’d plump for Coughlin, although I could be facetious and vote for the only Wrexham player in double figures this season. Trouble is, he didn’t score them for us: Nick Rushton is flourishing in front of goal at Barrow in the Skrill North, more than any of our players did in t