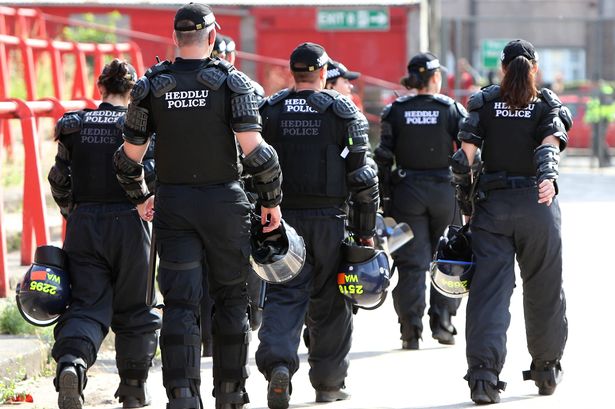 I’ll be honest: that wasn’t great.

Andy Morrell hit a lot of nails on the head afterwards, the main one being the lack of a reaction from last Monday’s poor performance. Rather than roar back, determined to show that was an aberration, what we got was a continuation. The first half hour was the same as the lame performance at Sincil Bank: by 1.30 the game was over.

But before going on to look at what went wrong for Wrexham, it shouldn’t be ignored that Chester, in total contrast, rose superbly to the challenge. Pointless going into the game, they showed more spirit from the outset, defended better, attacked better, were first to the second balls and looked an organised unit. The next few weeks will tell us whether they really are or if we made them look good.

In the first half they picked us off. Admittedly an early goal will always help to shape a game, but they were on the front foot from the outset. They controlled midfield for the first half hour and exploited a shaky defence. The spell in the game when things might have changed was the final ten minutes before the break when we started to get the upper hand for the first time: Thornton’s free kick deflected over, Reid’s decent handball penalty shout and Junior Ntame’s missed free header were all potential turning points.

But we wouldn’t have deserved to profit from them, and Neil Young responded to what he’d seen, switching to a 4-4-2 and settling into a more defensive outlook. It was a smart move as Chester allowed us plenty of possession and territory but maintained a compact defensive block – the cliched two banks of four – and kept us comfortably at arm’s length.

We huffed and puffed, showed a bit of heart, but it was too little too late. Switching to 4-2-4 and then adding Neil Ashton to the attacking mix (yes, that’s 3-2-5 Billy Meredith fans!) smacked of desperation.

But then there was more of a hint of that in the initial team selection. Picking a left back and a centre back with ongoing injury issues at the heart of defence was a bold statement, not to mention a damning verdict of Ntame’s performance at Lincoln. Morrell pointed out that we’d failed to win two headers in the box at SIncil Bank and that cost us the two gals: both those headers were Ntame’s and he paid the price today. Selecting Ashton ahead of him and Leon Clowes was a decision which certainly throws down a challenge to them both, as Ashton is a player you’d accept as a stand-in central defender but would hardly be expected to be chosen in that position if there were specialist alternatives.

Creighton’s selection was a gamble as well, and it’s to be hoped that it wasn’t quite as catastrophic as many of us feared. One suspects that the big centre back, whose problems are not wholly physical as he naturally comes to terms with coming back from such a serious set-back, needs to be nursed through very cautiously with a post-Christmas come-back target. We can’t offord to rush him back, even if the paucity of our defensive options makes that a tempting option.

The second half saw us take the game to Chester without particularly threatening them. Credit to Joe Clarke and Robbie Evans in midfield for standing up to be counted and trying to inject some urgency into the play, but it was a blunt, sluggish performance. We won plenty of attacking set pieces in the course of the match but failed to exploit Chester’s self-confessed weakness at set pieces despite the fact that Jon Danby continues to look like a scrappy keeper. Pity we couldn’t pressure him more.

Instead, the pressure which was brought to bear had already been effectively applied. Steve Tomassen had looked exposed, and certainly ought to have troubled Paul Linfield more when he rose to head home the opener, the second derby goal of his career for the ex-Wrexham centre back. Evans had failed to deal with a break for the second goal as well, but let’s not dwell too much on the errors which were punished as there were plenty more which we got away with, not to mention some anonymous performances up front, where only Bradley Reid really made an impact with his sporadic surges. At least Joe Anyinsah added some purpose when he came on. No wonder Chester kept only their second clean sheet in the last eighteen derbies.

The bottom line is that we didn’t bounce back from that Lincoln defeat, but quite the opposite. I remember a trip to Chesterfield which made quite an impact on me a few years ago. They were struggling and had just lost 8-0 to Plymouth, so the overwhelming feeling among Wrexham’s support was that we were going to fill our boots. However, I felt uneasy and my caution proved to be well-founded: Cheterfield manager Roy McFarland had spent all week tearing into his side and they roared out at us determined to make amends. Of course, they stuffed us. Applying the “wounded animal” logic, I wouldn’t want to be in Nuneaton’s shoes next Saturday. But applying the evidence of how we “roared back” from the Lincoln defeat today, I’ll head south next Saturday with a measure of trepidation