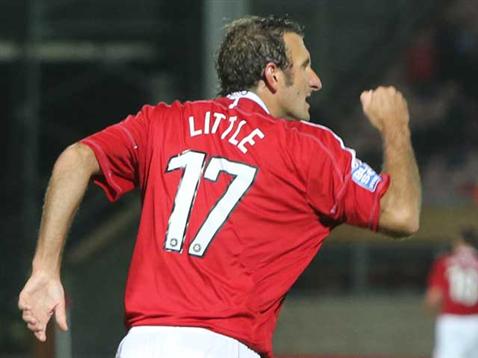 We’ve a hundred per cent record against Hyde, although our two wins at The Racecourse came a century and a quarter apart!

In only our second season of league football we faced Hyde United in January 1891 in the Combination League. While that club eventually folded, tomorrow’s opponents Hyde are their direct successors, so when we welcomed them to North Wales September last season we closed a particularly long-lived circle.

Our first match saw us record an impressive 4-2 win, thanks to goals from players whose names are shrouded in the mists of time. Arthur Lea, William Turner and Jack Roberts got three of them, and the forename of the fourth scorer, F. Holmes, has not even been passed down through the record books!

Nobody’s going to forget Glen Little in a hurry though, and he played a decisive role when the sides met last season. Despite Hyde having suffered a tricky start to the season, they were the better side at The Racecourse and we were fortunate to escape without punishment when Joslain Mayebi reacted angrily to a challenge on him, as the referee said the ball was dead when he retaliated and didn’t give a penalty.

With twelve minutes left the game was goalless but Little, who had sparked Wrexham to life on his arrival from the bench, then opened the scoring after Danny Wright had won a penalty, and Jay Harris added a flattering second.

One area of the team’s performance which will be exercising the minds of the coaching team is the difficulty we’re having keeping clean sheets. Obviously we haven’t managed to shut the opposition out yet this season, but that’s no reason to panic. After all, last season we hadn’t kept a clean sheet at this point either, but we then managed four in a row, and let in just three goals in our next nine matches.

However, at the moment we haven’t kept a clean sheet in nine games, our last shut out coming against Cambridge last April. That’s our longest run without a clean sheet since the first season we spent in the Conference. Back in 2009 we went eleven games without being able to withstand the opposition’s strikers. It was a run which started with an FA Trophy quarter final replay defeat at Ebbsfleet and contained just one win.

Young Bradley Reid had a day to remember last Saturday, of course, when he rattled in our second goal to register his first goal for the club. In doing so he wrote himself into the record books for the second time. He was already in the top twenty youngest players in the club’s history, standing at nineteenth in that particular list, and he’s now on the youngest scorers list, in eleventh place. 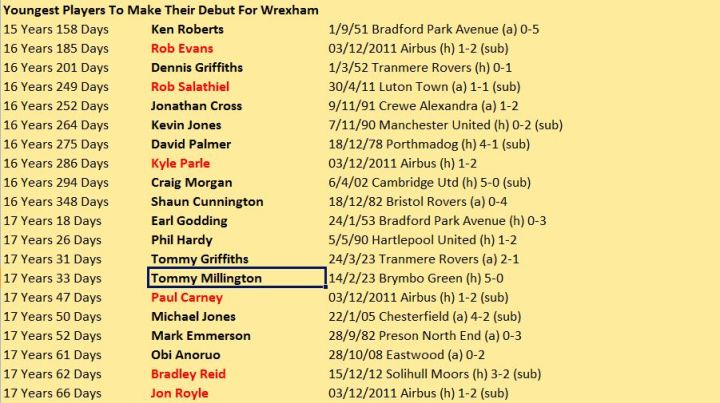 If he’d scored on his debut against Solihull Moors last December, by the way, he’d have overtaken Craig Morgan to become the youngest scorer in Wrexham’s long history!

Stephen Wright makes his three hundredth career appearance tomorrow. It’s a sad indication of the amount of playing time injuries have taken out of his career that he hasn’t made many more, of course.