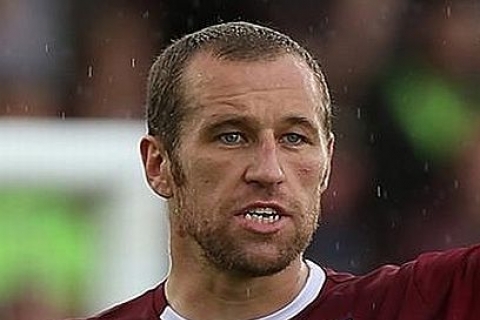 So I pushed the importance of Leon Clowes to our chances in the play-offs, and then this happens.

Turns out David Artell can appear in the play-offs after all. I certainly didn’t see that coming! Clowes might well still get the nod, of course: his performances over the last three games certainly mean his case should be taken seriously. However, the liklihood is that Andy Morrell will stick with experience and field the stopper at the back tonight – presumably alongside Martin Riley, who sounds like he’s likely to be fit for the game.

I’m astounded he got off with it though. Not because he didn’t deserve to – as I said at the weekend, I thought the decision to show him a red card was a disgrace. However, the criteria for such matters tends to be a discrepancy between the report and the video evidence – Steve Evans, for example, got a repieve a few seasons agao because the report said he tugged at a Southport player’s shirt when the video showed he didn’t. The video showed he might well have tripped him, but that’s not what the report said!

Maybe the referee identified the wrong part of Colin Daniel’s anatomy. Perhaps he said he was kicked in the leg when he was actually kicked in the chest! I’m at a loss as my understanding is that the F.A.W. panel can’t use their judgement in matters of interpretation, only adjudicate on matters of fact. But I’m not complaining as Artell’s availability plugs a worrying gap at the heart of our defence, where we were very short of options.

It also adds a little momentum to our build-up. I’m led to believe the starting line-up tonight won’t have as many players missing as we might have feared. If that’s the case then the issue will be just how fit the returning players are. We know Andy Morrell put his players through some serious eight-a-side games over the last two days to make sure players who haven’t appeared for a while have had some level of competitive play. How effective those sessions were might be decisive to the outcome of this tie.

Logic suggests an in-form side beats an out-of-form team which is struggling with injuries. The fact that we’ve cracked in the first leg of the play-offs for two years in a row adds to that argument. But maybe it’s better to approach the play-offs with lower expectations. Instead of the crushing pressure of expectation, we can throw ourselves into the tie as we did twice in the second legs against Luton.

Things might have run away from us of late, but as we discovered to our cost last season there are no headstarts for finishing miles ahead of your opponents in the play-offs.

This is a special club with special fans, and we’ve a team to be proud of. No team has won the Conference play-offs after finishing fifth. But we’ve never finished fifth in the Conference before.