There’d be no Wrexham Wembley final if it wasn’t for me. Fact.

Well, okay, maybe I’m exaggerating a touch. But I’ve had a strange old day which certainly got me in the mood for Wembley! I might have got trenchfoot in the process, but it was all worth it!

It started last night when I was asked to put together a rousing video of goals from this season for the players to watch before the final. I got it done and delivered it through the snow this morning in time for the team’s departure. However, I got an idea things could get complicated when I struggled to get my car up the ramp off Crispin Lane into the Racecourse car park! I actually considered dumping my car on the road but persevered and managed to get in there. There was no chance of a coach doing likewise though!

Therefore, two minibuses were loaded up with all the kit and assorted paraphenalia the  modern football team travels with, all lugged through the snow by a small band of us, led by Billy Barr, to the vehicles on Crispin Lane as they couldn’t get close to the ground! 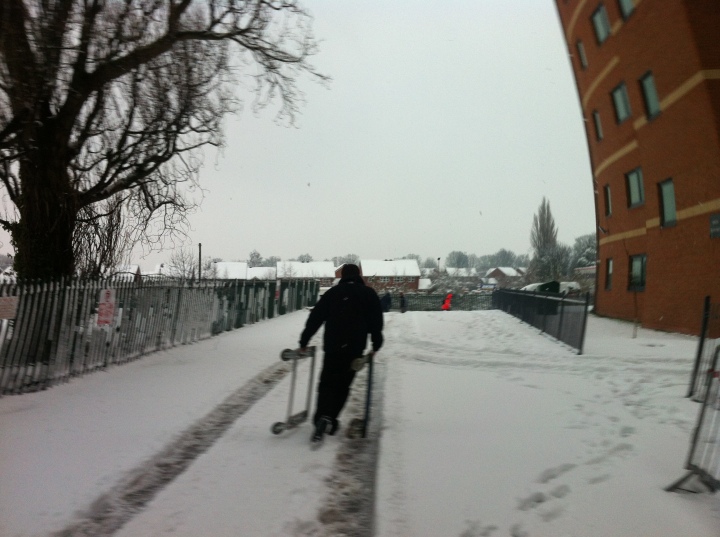 And then it was on to Colliers Park for the big departure. It was the moment when I really got the Wembley buzz, I think. The players were loading their stuff into the coach, a pair of suit trousers lay forlornly in the slush and a jovial, relaxed atmosphere prevailed.

Mark Creighton was wandering round with Beastcam, capturing the moment: hopefully he caught the arrival of Glen Little, Adrian Cieslewicz and Danny Wright deploying an entertaining mix of footwear coverings to deal with the conditions! 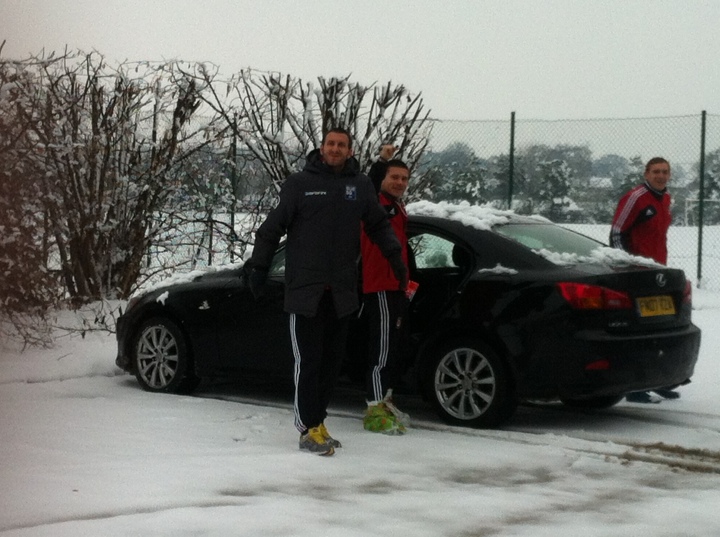 Eventually they set off, certainly not on time but it could have been a lot worse considering it took me 30 minutes to make the 10 minute drive from my house to The Racecourse this morning!

It was cold, it was wet, and my socks were sopping. But I didn’t care. As the coach pulled out, the excitement of seeing my side play at Wembley finally hit me, I think. But they wouldn’t have got there without me.