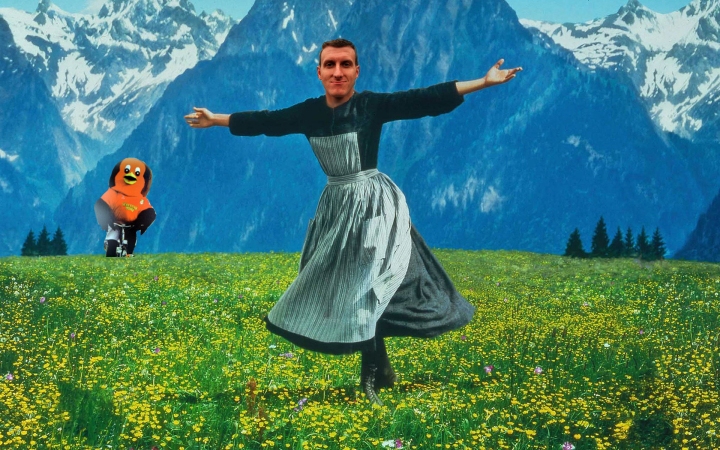 The drive from my house to the Racecourse takes about 45 minutes.  By train, allowing for the change at Chester, it’s basically the same length of the time. This journey, by car or rail, has started to develop its own ‘pre match ritual’ so to speak, in the form of my Wrexham FC Playlist.  The tracks have been added based on their relevance one way or another to my time supporting Wrexham.

I thought I would share some of the songs now featuring on the list and the background….

Yma O Hyd – Little surprise here, as it has been a theme of the Trust as they worked to purchase the club.

Perfect Day (the version recorded in 1997 for Children in Need). The reason for this being on there goes back to the Chester vs Wrexham FA Cup game in December 1997.  After the match, featuring an incredible goal by King Karl to take us to 2-0 up, we returned to the car. When we turned on the radio, this is the song that was playing! A Perfect Day.

Wrexham is the name – I just love this song. Even my 3 year old knows all the words now. I didn’t have a copy of this song until the summer when I got the CD from the Trust shop.

Rockin’ Robin – I like Wrex. But I loved that Robin. And his mountain bike.

Dragons on Fire – Don’t get me wrong, this song is not the greatest by any stretch. But it just had to be on there given it was a charity single by the club.

Indestructible – I have been unable to prove this yet, but I am convinced that we went through a phase of playing ‘Indestructible’ by the Four Tops before each game in the late 90’s.

Dakota –  I cannot hear this song without thinking of the LDV final. Another fantastic day (even allowing for the bloke next to us, who turned up having been drinking Stella the whole way down, picked a fight with everyone around us, and then slept through the match).

Any feedback about songs that should also be on there, gladly received……