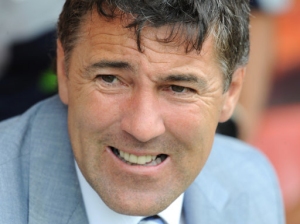 I might not agree with all Dean Saunders’ decisions, but credit where credit’s due: he’s willing to face the music.

The fact that he turned up to a fans forum two days after the lowest league position in our history was confirmed is worthy of admiration. There’s absolutely no requirement for a manager to turn up and be accountable for his actions, and therefore very few do.

Only a fool could suggest that this season has gone well. Equally, a couple of weeks ago I’d have said only a fool would suggest that Dean Saunders would attend a fans forum and justify himself. Irrespective of the angle of the individual reporters, there’s an etiquette at press conferences which means major blow-ups are rare, but facing up to the fans means the gloves are off and the agenda can’t be limited.

I’m a great supporter of transparency in football clubs. I believe people should be accountable for their actions. So I’m not saying we should grovel gratefully because the manager has deigned to come down from on high and mingle with us. They ought to communicate directly with the fans (although having the people who own and run a club speak to its supporters is a much greater priority). What I am saying is that managers very rarely face up to that responsibility. I’m gl

ad Saunders is not cut from that cloth.

Saunders could have been metaphorically torn limb from limb last night but he didn’t opt for the easy way out, and he should be applauded for that.